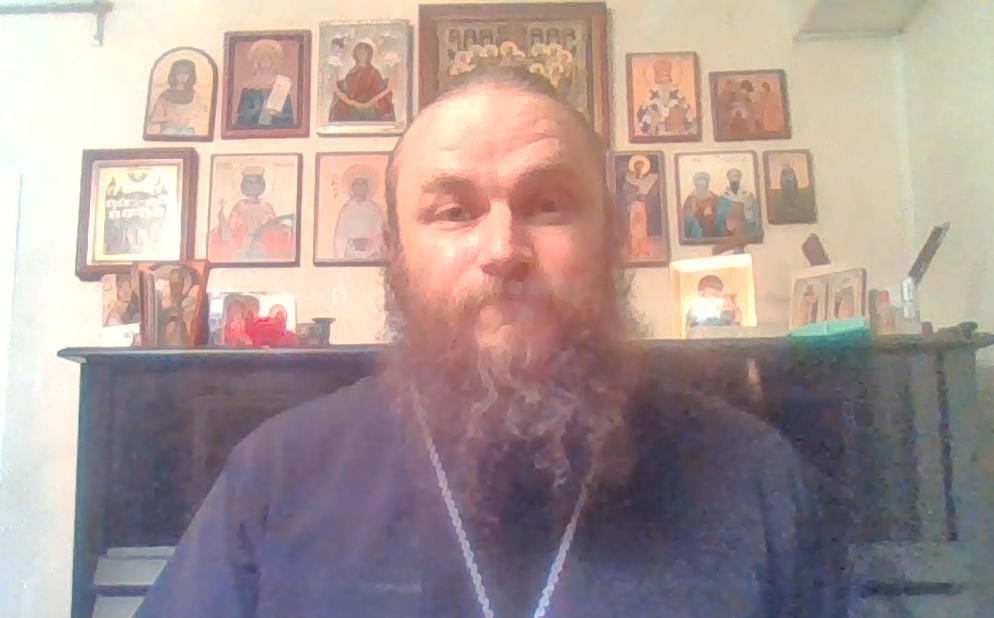 Alright. So, we need to talk about race, about judging people merely because of their skin color. I’m an Orthodox priest, and I admit that I’ve been a really slow learner, but with all the recent events, I have finally seen the light. This is a very serious issue, and I now realize that I have not done enough — personally — to fight against it.

Slavery was widespread, until is was abolished in the 1860s. And today, there are millions of people who are descendants of these slaves. Literally millions of them, today, are members of the Orthodox Church.

We also need to remember, in history, how many Saints of the Orthodox Church have been slaves. These are godly Christian people who endured the abuse and humiliation of slavery, suffering for years under the lashes of hard taskmasters. Yet they did not condemn. They did not complain. They faithfully and humbly followed Christ, not expecting to receive their reward here on earth, knowing that their full reward would only be received later, at the Resurrection.

These Orthodox Saints who were slaves, and also the millions of Orthodox Christians today who are descendants of slaves, are our brothers and sisters. They are part of the Body of Christ. So we have to stop treating them like second-class citizens!

Now, just to be clear, just to make sure I am not misunderstood, it is important for me to point this out:  The people I am talking about are white.

You see, slavery was abolished in Russia in the 1860s, four years before it was abolished in America. And prior to that time, literally millions of innocent, white, Christian Russians were subjected to being serfs — slaves.

I have a Russian friend named Irina, who lives in America, and she is the direct descendant of a slave. She said her great-grandmother was valued just slightly less than a young goat. Can you even imagine how humiliating it would be, to know that people valued a goat more highly than they valued your own grandmother? How painful would that be, if you had to deal with that as a part of your own family history?

There are literally millions of people living in Russia today, who are descendants of slaves, just like Irina. We need to show them respect, for even today, they are demonstrating incredible levels of honor, strength, and faith.

And the Orthodox Saints who were slaves! There’s St. Andrew of Constantinople, St. Emilianos of Bulgaria, St. Moses the Hungarian, St. Callistus, St. Boniface . . . All of them were slaves.

That’s right . . . the saint loved by Irishmen around the world . . . Every time St. Patrick’s Day rolls around, you are celebrating and honoring a white man who spent years of his life as a slave.

So please explain to me, why should I be ashamed of the color of my skin? Why should I apologize for so-called “white privilege”?

12% of the American population is black. 11% of Congress is black. 11% of the Supreme Court is black. And during the 41 years of my life so far, 19% of those years have had a black American President. Is this evidence of white privilege?

Was it white privilege that got Ilhan Omar into Congress, Clarence Thomas onto the Supreme Court, and twice got Barak (sic) Obama elected as President of the United States?

Was it white privilege that sold blacks into slavery in the first place? No it wasn’t! In Africa, blacks were kidnapping other blacks, and then selling them into slavery.

In the drug world, which is worse, a user, or a drug dealer? Being a user is bad, and can get you into trouble. But being a drug dealer is much more serious, and results in a longer prison sentence. So when it comes to slavery, why are we only focusing on the users, while we let the dealers go scott free?

And this — this is one of the many ways you can tell that BLM, as a movement, is either ignorant, or hypocritical. Why aren’t they asking blacks in Africa to get down on their knees, and apologize for their ancestors kidnapping people and selling them into slavery?

Because it’s a plain fact — BLM is not demanding anything of blacks in Africa. BLM isn’t telling Africans to get down on their knees, and they aren’t telling them to apologize. The only people they terrorize are whites, and the only reason they do it is because of the color of our skin.

Now, if they start being more consistent, then I may take them a little more seriously. If they start asking African blacks to get on their knees and apologize, then they won’t look so hypocritical when they ask whites to do the same thing.

Just like I said earlier, these Orthodox Saints who were slaves, and also the millions of Orthodox Christians today who are descendants of slaves, are our brothers and sisters. They are part of the Body of Christ. So we have to stop treating them like second-class citizens!

None of the blacks in America today have ever been slaves, and none of the whites in America today have ever owned one. My ancestors lived in Kansas and Michigan, and they never owned slaves. A number of blacks in America are not descended from slaves, because they came to America within the past few decades, long after slavery was abolished. And many whites in America are the descendants of slaves, because many of the whites in America are Slavic immigrants, from Russia, Ukraine, Serbia, and other bordering countries. So are we going to take all of these facts into account, and make it a fair playing field? Or are we just going to keep hating people because they are white, judging them merely because of the color of their skin?

Be thankful for the great legacy that has been left over the past 2000 years, by numerous fellow Christians. Millions of them were whites who endured slavery themselves. And many of them even became Saints.

Stand tall, hold your head high, be thankful for this positive legacy, and do not be ashamed.

Because you have nothing to be ashamed of.

You have nothing to apologize for.

The above is the transcript of an 8-minute video which can be viewed at Russian Faith, arguably the worst Orthodox website anywhere in the world.

For more on Father Gleason see our Convert Priest, Wife, 8 Kids Move to the Land of Orthodox Children’s Armies, St. Paul on Marriage: A Brief Response to a “Priest in Russia”, Notes to Protestants from an Orthodox Priest – Ditch the “Honey Do” List, Feminazi Toenails, the Noxious Odors of Feminist Feet, and Ending the Conversation When You Don’t Like the Way Your Wife Talks to You, Unholy Vendetta against Faithful Orthodox Priests and Teachers,  Antiochian Priest Feeds His Family by Bashing “Trannies, Homos, and Wife-Swappers” from the Safety of His Russian Hideaway, Boycott Pascha Press, and Gleason’s video of himself praying in his underwear.

Father Joseph Gleason was ordained as a Western Rite priest of the Antiochian Orthodox Christian Archdiocese and now cosplays as a peasant priest in Russia, where he fled with his large family to get away from LGBTQI people. He supports his obedient wife and eight children on donations to Russian Faith. Orthodoxy in Dialogue has been unable to determine whether he has a formal Orthodox theological education, a canonical release to the Moscow Patriarchate, or any official pastoral duties in the Russian Church.

One thought on “FROM RUSSIA WITH LOVE: “WHITE PRIVILEGE” DOES NOT EXIST; “BLACK LIVES MATTER” IS IGNORANT, HYPOCRITICAL by Priest Joseph Gleason”