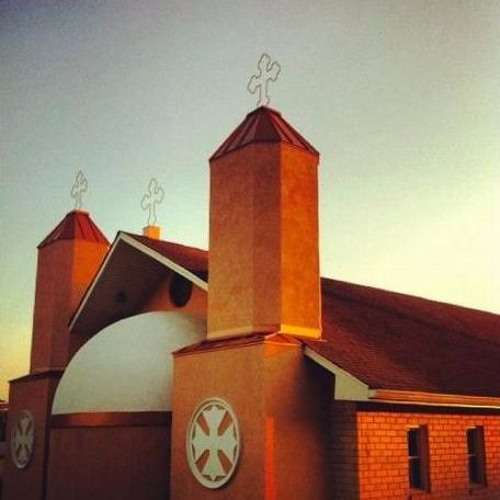 The Elmahaba Center Podcast was created in 2019 by three Coptic Egyptian women from a working-class neighborhood in Nashville, Tennessee, an area with one of the largest Coptic communities in North America. Coptic people, or “Copts,” are a Christian minority in Egypt, the majority of whom belong to the Coptic Orthodox Church; it’s one of the world’s oldest churches. Many Copts have left Egypt in self-imposed exile due to religious persecution and socioeconomic strain. The podcast—hosted by Erinie Yousief, Lydia Yousief, and Roni Nashed—takes an educational approach to some radical political and leftist ideas. It’s the first of its kind for the Coptic community, which is generally deeply religious and politically conservative.

Show topics include radical alternatives to public education; learning the difference between socialism, communism, and capitalism; allyship; and the limits of representation. There is also a focus on anti-capitalism while contextualizing subjects for Coptic listeners. This approach pushes boundaries and engages the Coptic community in Nashville in ideas that directly affect them as mostly working-class people of color and immigrants from a previously colonized North African country.

Although being a marginalized people themselves, Copts tend to appeal to right-wing Christian conservatives in the U.S. to have their grievances heard about the conditions that Copts face in Egypt. However, the sad reality is that right-wing factions in the U.S. have created an opportunity for the Coptic voice to be heard only because of their own political agenda in the Middle East: justifying American imperialism in the region and having a continued military presence. They receive more attention in Western media than other Christian Arabs like Christian Palestinians, whose Israeli oppressors unfortunately don’t fit the necessary profile for American politics. Copts have become a useful tool for Islamophobic propaganda, perpetuating the tough economic conditions that American neo-colonialism in Egypt perpetuates without any tangible support when terrible incidents take place there.

While Copts and other Middle Eastern Christians flee to the majority-Christian country that is the United States in the hope that they will find freedom, they arrive and then face discrimination for being in racialized Arab bodies. They are also mistakenly perceived as Muslim by Islamophobic and racist Americans and the security apparatus of the government, especially in the post-9/11 era. In the worst-case scenario, some Copts have been murdered in hate crimes, as was the case with Khalid Jabara, a Christian Lebanese man who was murdered by his white neighbor in Oklahoma in 2016. Jabara had filed a police report against his neighbor because the neighbor had called him “a dirty Arab.” The police took no action, and this same man later murdered Jabara. In another incident, just three days after the 9/11 terror attacks, an Egyptian Christian man named Adel Karas was murdered in his store by two white gunmen.

The impossibility of the situation for Copts is that they’ve chosen to leave one place to escape discrimination, but as Candace Lukasik writes: “[U]pon arrival in the United States, they discover that their Christian identity, even within a majority Christian nation that has prioritized them for their plight in the Middle East, does not shield them from religiously indiscriminate racialization and Islamophobia faced by other Middle Eastern immigrants. Coptic communities are not protected from policies that aim to secure and strengthen white supremacy in America.”

It is in this context that the Elmahaba Center Podcast is situated, but as Lydia Yousief notes, the major difference between Nashville and other Coptic hubs in North America is that the Nashville community is a majority working-class community, unlike the mostly middle and upper-middle class diasporic communities elsewhere. So although many are conservative or “may project conservatism, they have leftist aspirations,” she says. She points out that this is an appeasement to white people and employers whose ideologies have seeped into the Coptic community. Given the conservative domination of the South, it’s a matter of survival for many Copts to be in agreement, but she hasn’t given up hope on leftist ideologies and efforts.

See the Coptic Series section in our Archives 2020.

Mary Fawzy holds an MPhil in Justice and Transformation from the University of Cape Town, South Africa, with a focus on the women’s movement in Egypt. She is a freelance researcher and culture writer based in Cape Town and has a background in social justice organizing.