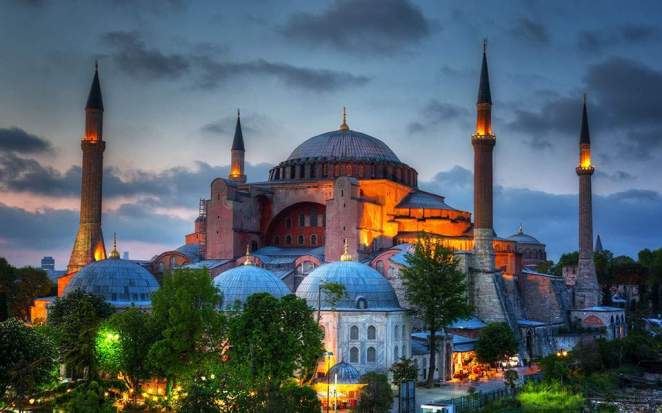 Grand Prince Vladimir/Volodymyr of Kyiv (AD 958-1015) sent his emissaries to tour the world in search of the True Faith. Upon their return they reported to him as follows:

Then we went to Greece [Constantinople], and the Greeks (including the Emperor himself) led us to the edifices where they worship their God, and we knew not whether we were in heaven or on earth. For on earth there is no such splendour or such beauty, and we are at a loss how to describe it. We only know that God dwells there among men, and their service is fairer than the ceremonies of other nations. For we cannot forget that beauty.

Monastery of the Caves in Kyiv

We have seen the True Light!

We have received the Heavenly Spirit!

We have found the True Faith,

worshipping the undivided Trinity who has saved us!