This article refers mainly to the Josiah Trenham: The Scandal section in Orthodoxy in Dialogue’s Archives 2020, to which a number of new titles will be added beginning the evening of February 12. 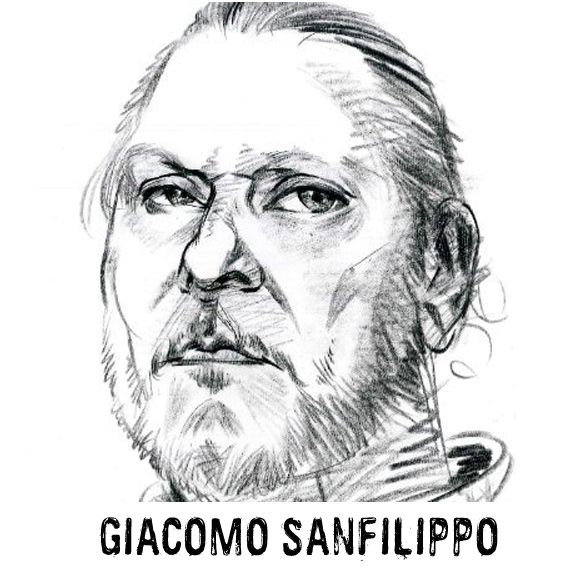 Via multiple posts and articles full of hysteria, wild exaggerations, distortions, and innuendos Giacomo Sanfilippo (also known as Peter J. SanFilippo), has been relentlessly defaming and attacking several Orthodox Christian priests, bishops, and seminary professors. Why? Because these men dare to publicly and fearlessly defend the Orthodox Church teaching on homosexual sin and warn the Church about many false teachers (like Sanfilippo) and deceitful venues that question, challenge, mock, deconstruct, contradict, and distort Church teaching, practices, and theology, especially regarding morality, human sexuality, and marriage.

Since 2017 Sanfilippo has used his inappropriately named “Orthodoxy in Dialogue” website, his Facebook pages, and his Twitter accounts to maliciously condemn these good men and smear their reputations. Sanfilippo has launched an unholy personal vendetta against these priests and teachers and is fomenting rebellion inside the Holy Orthodox Church.

Even worse, Sanfilippo has been recruiting others to join him and support his undignified endeavors. He’s intensifying his public character assassination campaign against these men. While he harasses and bullies faithful and honorable priests, he paints himself as a victim. (Included at the bottom of this post are several examples of Sanfilippo’s own public writings.)

Sanfilippo is specifically targeting: Father Josiah Trenham, Father John Whiteford, Father Hans Jacobse, Dr. David Ford, Father Lawrence Farley, Father John Parker, Father Joseph Gleason, Metropolitan Joseph, and Metropolitan Tikhon. He has written outrageous things about these men (see below). He has insulted and belittled them. He has spread many falsehoods and innuendos about them. He has even accused them of “murder” for preaching the right theology of the Orthodox Church. And he refuses to stop, despite several pleas from some of these very same men, who have shown genuine Christian love towards Sanfilippo and advised him to repent and abandon his rebellion against the Church.

These men have endured these vicious attacks with dignity and honor. These priests have not responded in kind to Sanfilippo’s malevolent taunts. They understand that they can’t answer a fool according to his folly, lest they also become like him, as the Proverbs caution.

But, brothers and sisters in Christ, while we don’t engage fools in their folly, we must warn the Church about them. We must caution the innocent and the vulnerable to stay away from false teachers like Giacomo Sanfilippo and other corrupt impostors and hirelings. We must warn the sheep and point out the depraved wolves who are trying to lead them astray. We must speak out in defense of the righteous shepherds.

Brothers and sisters in Christ, these faithful men are our brothers. These innocent men are true shepherds of the Holy Orthodox Church. Sanfilippo is trying to silence their voices, besmirch their good names, negatively impact their livelihoods, hurt their families, and scatter their sheep. While they chose not to defend themselves, we must defend them.

Father Ioannes Apiarius is the pseudonym of a coward who may or may not be a priest, may or may not be Orthodox, and whose anonymous writings appear on all the predictable Orthodox websites. He seems especially fascinated by the topic of gay sex.

Click Here to Support Our Work by Becoming a Patron of Orthodoxy in Dialogue!