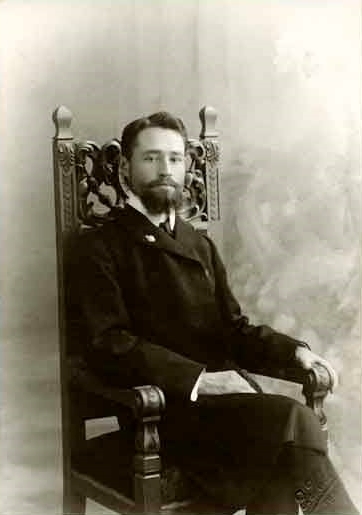 This is not an essay about sexuality, but about biography and history, and honouring the actual lived experience and wishes of those who have departed this life before us.

On May 2 Public Orthodoxy published my “Conjugal Friendship,” which summarizes and comments upon Father Pavel Florensky’s 1914 “Friendship” and its inspiration, his earlier relationship with the deceased Sergei Troitsky. The explosive reactions that ensued compelled me to write a sequel, “Conjugal Friendship: An Appeal for a Conversation.” This appeared on July 5 on the University of Toronto Press Journals Blog.

None of the respondents who took me to task for my interpretation of “Friendship” produced a single sentence from Florensky’s text to show me where I had gone wrong. They appeared to base their arguments on no more than pious conjecture.

No one who excoriated my portrayal of Florensky’s relationship with Troitsky took into account my dependence on Avril Pyman’s 2010 biography, Pavel Florensky: A Quiet Genius, or her reliance on the letters and diaries of the principal actors in the story.

In an effort to make my sources more easily accessible to an online readership, Orthodoxy in Dialogue published extensive excerpts on September 14 from Florensky’s “Two Worlds,” “Friendship,” and “Jealousy.” These figure as letters two, eleven, and twelve in his epistolary The Pillar and Ground of the Truth. The explanatory notes that preface and follow the passages from PGT encapsulate Pyman’s narrative of how Florensky, Troitsky, and their contemporaries viewed the relationship between Florensky and Troitsky, its description in “Friendship,” Troitsky’s impulsive and apparently unconsummated marriage to Florensky’s sister, and Florensky’s equally impulsive marriage after what he considered to be Troitsky’s betrayal.

Given that Boris Jakim’s translation of PGT appeared thirteen years before Pyman’s biography, we can understand the confusion surrounding the identity of its unnamed dedicatee and addressee among English-speaking commentators. Much less understandable is Father Andrew Louth’s perpetuation of this confusion in his 2015 Modern Orthodox Thinkers, where he lists Pyman’s biography as one of his sources for Florensky. Louth writes of the terms of endearment with which PGT abounds: “It seems to me clear that no one in particular is intended…it is rather a literary device to draw us into a conversation….” Earlier in his chapter on Florensky, Louth traces an entirely unremarkable trajectory of theological studies→marriage→ordination, no different from that repeated tens of thousands of times over by young priests the length and breadth of Russia.

Yet the record suggests a much more tortuous route from the life of a seminarian in love with his roommate to marriage, ordination, and fatherhood.

Without Pyman’s biography we in the West would barely know of Troitsky’s existence, let alone the nature of his relationship with Florensky. She correctly surmised that, absent a biography that frankly embraced all the complexities of Florensky’s personality, life, and relationships, a hagiographical impetus would gain momentum to suppress or even bury certain uncomfortable facts in the life of a man widely, and rightfully, regarded as a saint—facts which alone provide the key to a full understanding of his crowning literary opus, Pillar and Ground, with its thematic culmination in “Friendship.”

In Russia Florensky’s own grandson, Igumen (priest-monk) Andronik (Trubachev), is his main biographer and the custodian of his legacy. To Father Andronik and the Father Pavel Florensky Foundation for Science and Orthodox Culture (Фонд науки и православной культуры священника Павла Флоренского) we owe an immeasurable debt of gratitude for their ongoing work to publish his grandfather’s lesser known writings, as well as a multi-volume biography entitled Path to God (Путь к Богу).

Yet this brings us to a stark case in point in the erasure of Sergei. Just yesterday Toronto Journal of Theology asked me to review Jakim’s brand new translation entitled Pavel Florensky: Early Religious Writings, 1903-1909. As I skimmed through it quickly this morning my eyes fell upon a footnote which the translator confirmed to me as coming not from himself but from Father Andronik: “Sergey Semyonovich Troitsky (1881-1911 [sic]) was perhaps Florensky’s closest friend. He was married to Florensky’s sister, Olga.” What makes this “perhaps” extremely odd is Florensky’s own text to which the footnote refers: To my uniquely cherished friend, Sergey Semyonovich Troitsky.  “Uniquely cherished” signifies cherished as none other.

Odder still is that, when Florensky delivered “Dogmatism and Dogmatics” at the Moscow Theological Academy two days before his 24th birthday, not only was the speech’s “uniquely cherished” dedicatee years from being married to Florensky’s sister, but he was in fact half of a couple with Florensky himself. We can easily imagine the young seminarian on that day in January 1906, his eyes glistening as he searches the audience for his beloved, his face beaming, his heart pounding in his breast as he pronounces his public declaration of love: To my uniquely cherished friend, Sergey Semyonovich Troitsky!

The elision on Father Andronik’s part is hardly suprising. In volume two of his Path to God, he writes that Florensky addresses PGT‘s dedication—the letter entitled “Two Worlds”— “to S.S. Troitsky as to a dear friend” (к С.С. Троицкому как к дорогому другу), rather than “to his dear friend” (к своему дорогому другу). The nuance in Father Andronik’s choice of words seems significant: we can infer from his phrasing that Troitsky was but one dear friend among many, any of whom could have stood in for PGT‘s dedicatee.

In Jakim’s introduction to Early Religious Writings the erasure of Sergei is complete: he neither mentions Troitsky in his biographical sketch of Florensky nor in his summary of the very essay that Florensky lovingly addresses to him.

Why does this matter?

Florensky’s exclusive friendship with Troitsky—in which they regarded themselves as each other’s спутник жизни, sputnik zhizni, “satellite of life” or more literally “co-wayfarer of life,” an expression normally applied to one’s husband—spanned almost the entire period covered by Early Religious Writings. By Florensky’s own account, the “earthquake of the soul” of falling in love with Troitsky and planning the rest of their life together—Troitsky once wrote that “Pavlia and I have sometimes talked ourselves into a state of hallucination describing such a life to one another”—imparted to him a depth of serenity that he had never known before. In a 1905 article he wrote:

Once [Sergei] and I had to wait with the railway guard all the cold night long in his shelter at the station. Drained by two sleepless nights and chilled to the bone, I involuntarily let my head fall on my friend’s knees and drifted off to sleep. In my sleep he appeared to me as an Archangel and I knew he was shielding me from all evil powers. Perhaps, in that cold night, hungry and exhausted, I was completely at peace for the first time in my life.

Nine years later, in 1914, Sergei was dead. Pavel was a married man, a priest, a new father. He finally brought to publication The Pillar and Ground of the Truth, which begins by addressing Sergei in these words:

My meek, my radiant friend! Our vaulted room greeted me with coldness, sadness, and loneliness when I opened its door for the first time after my trip. But, alas, I entered it alone, without you. But you are not with me, and the whole world seems deserted. I am alone, absolutely alone in the whole world. My Brother! You who share my soul. Torn away and lonely, I am nevertheless with you. Rising above time, I see your clear gaze; once again, I speak to you face to face. It is for you that I write down my discontinuous thoughts. On quiet autumn nights, in holy hours of silence, when a tear of rapture sparkles on my eyelashes, I will secretly begin to write down for you schemata and pitiful fragments of those questions which we so often discussed together. And I, after all, am nothing more than a pupil who repeats after you the lessons of love.

May Sergei Semionovich Troitsky’s memory be eternal, on earth as it is in heaven. Father Pavel would have wanted it no other way.

Giacomo Sanfilippo (formerly Peter J. SanFilippo) is a PhD student in Theological Studies in the Faculty of Divinity, Trinity College, University of Toronto, and an editor at Orthodoxy in Dialogue. His dissertation will focus on Father Florensky’s “Friendship” and its biographical, social, cultural, and historical context. Earlier in life he completed the course requirements for the MDiv at St. Vladimir’s Orthodox Theological Seminary. He was a priest from 1988 to 2002. He volunteers with child cancer patients and their families at SickKids Hospital.