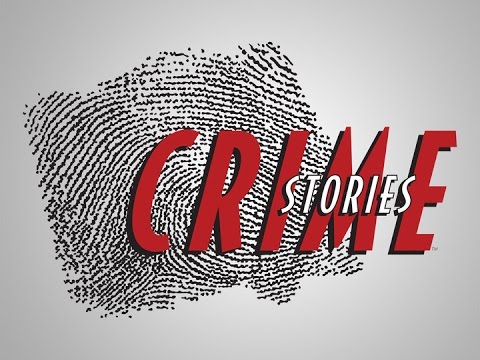 In Strong Poison by Dorothy Sayers, a lawyer affirms, “A person who can believe all the articles of the Christian faith is not going to boggle over a trifle of adverse evidence.”

It so happens that Miss Climpson, the person the lawyer is speaking about, is right, and all the “adverse evidence” which seemed to point in a certain direction was not pointing in the right direction at all. She was right “not to boggle over adverse evidence.” As is very often the case in a classical detective story, this comment seems to be nothing more than a witty remark, but I don’t think it should be taken so lightly.

In detective stories, there is always a form of illusion which hides truth. This illusion is mainly brought about by the criminal, who casts a veil of false alibis, blurring the real events by lies, falsified testimonies, red herrings, and so on. In short, he tries to work the “perfect crime.” Other persons, for different motives, contribute to this. The illusion thus created hides or curtails the truth behind it. The work of the detective consists in debunking and disillusioning this construction, thus re-establishing the hidden truth. Truth is not easy to find, and many are the byways which lead to illusion instead. Thus, detective stories are mainly about a process of disillusionment.

Searching for truth is, at its core, a spiritual quest. This is why I see in this an analogy with the search for truth described in the Gospel. In the Gospel, one finds truth by following  a “narrow path,” because it is not easy to find, and many are the byways which lead to illusion instead.

There are many different ways in which this illusion is narratively infused in a detective story, but it is the “misleading clues” plot that is the most common, and perhaps the most interesting for the point of view of my analysis. This kind of plot was highly developed by Agatha Christie. In her most celebrated novels, as for example The Murder of Roger Ackroyd, The ABC Murders, or A Murder is Announced, we are led to think of other possibilities, and the plot develops surprisingly in the last chapters, reversing what we had thought. Some major framework—for example, the way the murder was committed, the motive, or the generally accepted character or identity of the main characters—is revealed as thoroughly false. This is also the structure of many of Chesterton’s “Father Brown” stories (which are more fantastical than Agatha Christie’s, and more openly philosophical). As for the one who is considered the father of criminal fiction, Arthur Conan Doyle, he has his hero say, “Once you eliminate the impossible, whatever remains, no matter how improbable, must be the truth.” Later authors consider the (illusionary) impossible, too.

This kind of plot can be seen as an echo of the Gospel principle of “inversion,” e.g., the mustard seed” that becomes the tallest of trees (Mt 13:32), the principle of the truth that can be the opposite of what we think. In its paradoxical way, it is close to the Gospel and to later theological language. Truth can be approached only by challenging given facts.

This may be a way to construct a good plot, and detective work does not often work like this in real life. But why is it felt as a good plot? Is it not because it stirs the archetypal way of searching for hidden truth that readers are enthralled by it?

In a prototypical criminal story, real human drama—including death, mourning, and guilt—is somehow “disembodied.” Detective stories are, classically, not psychological dramas which drag us to the depths of the human soul. They are often read like a logical game, and this is why they are considered as light reading and fun. I argue that this schematic, logical game quality has something in common with a myth, because it touches on archetypes, not on sentiment or tangible, living people. Perhaps this is what Chesterton meant in defending the “penny dreadfuls” (young adult adventure fiction without high literary pretensions): they touch on essentials and thus nourish the soul and regulate society, “for it is clear that unless civilization is built on truisms, it is not built at all” (The Defender, 1901). But a “truism” is a kind of “type:”  basic truth that underlies everything. Modern fiction has partially taken over the function of myth to express and convey archetypes, as Mircea Eliade has pointed out. (NB: I am not categorizing Christie’s, Sayers’ and Chesterton’s criminal stories as penny dreadfuls; but crime fiction is popular fiction, even if it can also be well written).

Some of these archetypes are what crime fiction is about, generally speaking: a fight between Good (truth) and Evil (illusion), a quest for truth, truth as dissipation of illusion and truth itself as it manifests itself to us. But truth is, in its highest sense, the Logos (“I am the Way, the Truth, and the Life” [Jn 14:6]), the primordial archetype of everything, as all was made by Him.

Thus, classical detective stories can be understood as having a metaphysical core touching on the Gospel. It is not a coincidence that some writers with deep Christian convictions were best known as crime fiction authors—for example, G. K. Chesterton and Dorothy L. Sayers.

The Quest and Its Heroes

The core of a detective story is the discovery of the perpetrator of a crime. This discovery implies a quest (for Truth and Justice), as in myths and fairy tales, or the “good fight” (1 Tim 6:12) of the Gospel.

The balance between good and evil must be re-equilibrated at the end. In doing so, the detective must endure hardships and dangers, like the hero of a saga. There is also the interesting, recurrent feature of this hero, the detective himself. Chesterton’s Father Brown, Christie’s Miss Marple, Sayers’ Lord Peter Wimsey and Miss Climpson, and even Hecule Poirot, may be people of “superhuman” abilities, but they often appear to outsiders as insignificant, bizarre, or everyday people. As many heroes in fairy tales—third sons, for example—and, truly, as many saints, they are not what they seem. In crime stories we find the same kind of archetype: the power of the meek, the Gospel inversion of “the last will be the first.” In this world, the one who is on the quest for truth, and finds it, does not seem to do so in the eyes of most observers.

Some will ask how a story with crime (murder, mainly) at its center can be an archetypal Gospel story.

A crime in this kind of fiction means, mostly, death. But death is the key to the human condition, and also the door to human redemption. In our condition after the Fall and after the Incarnation, we must go through death in order to be resurrected—that is, to be transformed and united with God. In reading detective stories, we put death in the center of our preoccupation, and death is a pretext in order to let go of illusion and find Truth. And Truth triumphs over Lie.

In the Scriptures, at the beginning—just after the story of Creation—lies the history of Evil, and at the end (in the book of Revelation), its final destruction. The framework of detective stories touches on this salvation framework.

*Ms. de Moffarts uses the term disillusionment not in the more common sense of “disappointment,” but of overcoming illusions to arrive at the truth of a matter.

See the Faith and the Arts series in our Archives 2017-19 and Archives 2020, and our Call for Articles   if you would like to write for it.

Alexandra de Moffarts holds a PhD in general linguistics from Heinrich-Heine-Universität in Düsseldorf, Germany and a “licence” from St. Sergius Institute in Paris. She teaches religion in three colleges (high schools) and is a faculty member at St. John the Theologian Institute in Brussels, where she resides and attends Holy Trinity/SS. Cosmas and Damian Church. She has written previously for Orthodoxy in Dialogue.