On November 20, 2019 the US-International Coptic Media Center posted the following brief report on its Facebook page: 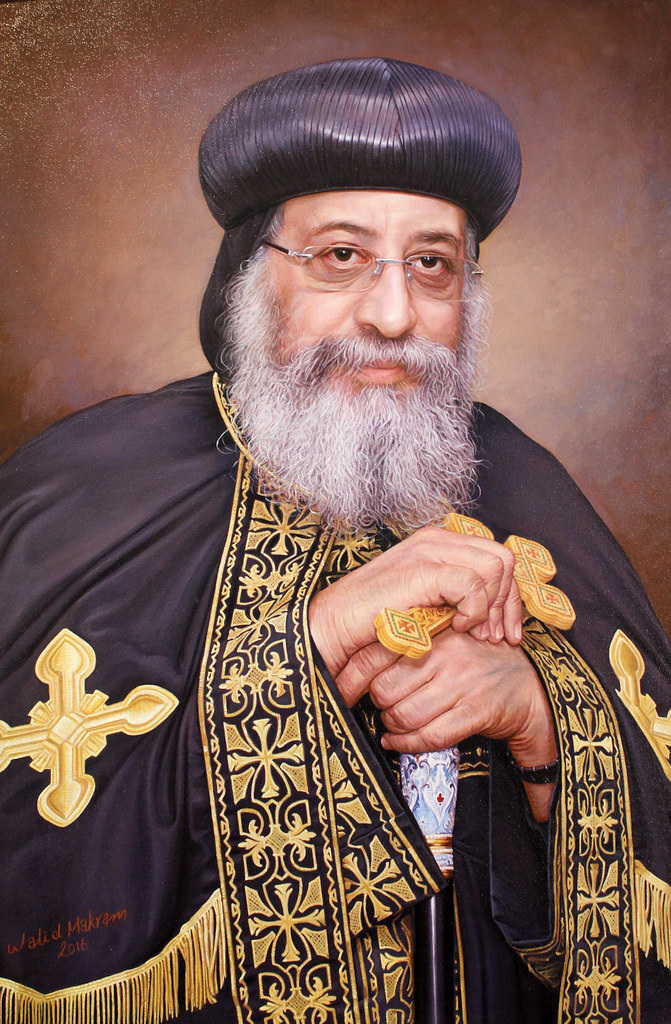 On Saturday, November 16, His Holiness [Pope Tawadros II of Alexandria] concluded the fifteenth convention held by the Synodal Committee for Mental Health & Anti-Addiction titled, “Homosexuality: Preservation and Recovery.” His Holiness spoke about the life of purity and holiness by studying chapter 1 of the second Epistle of St. Peter.

The convention lasted three days and was comprised of about 400 priests and servants representing 52 dioceses and districts. H.G. Bishop Mikhail, General Bishop for the Churches of Hadayek El-kobba and the head of the Synodal Committee, gave the opening lecture. H.G. Bishop Youssef of the Southern US attended the convention as well as professionals in this specific field.

In publishing the following Open Statement we wish to convey Orthodoxy in Dialogue’s solidarity with, and prayers for, our LGBTQI+ brothers and sisters, their families, and their allies in the Coptic Orthodox Church.

We, a group of Copts from around the world, note the recent convention hosted by the synodal committee for mental health and anti-addiction titled, “Homosexuality: Preservation and Recovery.”

We oppose the claim that homosexuality is a mental illness or an addiction. We are dismayed that the Church would still participate in and promote such an outdated and harmful ideology that has no place in our Church or in our society. Such rhetoric and framework only further marginalizes LGBTQI+ members in our Coptic community and outside of it.

We believe in fighting against oppression, something that is rooted in biblical teachings to “break the yoke” of oppression. Many of us remember the nature of Christ, who tore down traditions in favor of love, actively spent time with people deemed “outcasts,” and specifically condemned judging. We acknowledge that the oppressed in our society include members of the LGBTQI+ community. We condemn the promotion of so-called “conversion therapy,” because its harms on LGBTQI+ youth are well documented. An exclusionary and prejudiced society causes and exacerbates high rates of suicide and mental illness amongst LGBTQI+ youth.

The framing of homosexuality as a mental illness is an outdated belief that violates human rights. It has been over forty years since the Diagnostic and Statistical Manual of Mental Disorders (DSM) removed homosexuality as a mental illness. Since, many medical and mental health practitioners have condemned the practice of conversion therapy. It is with sadness that we acknowledge that many countries, including Egypt, have yet to decriminalize homosexuality and we pledge our solidarity with members of the LGBTQI+ community who are fighting against oppression and prejudice all over the world. Further, discrimination against LGBTQI+ individuals is illegal in many jurisdictions around the world where large numbers of Copts live, including in the United States, the European Union, Canada, Australia, and South Africa. Conversation therapy is legally restricted and has been condemned by several governmental entities.

The Church prides itself on being “unchanged” from the time of its creation. However, harmful beliefs and practices in our society need to be changed. It is clear from the recent convention that Coptic Church leaders refuse to engage with alternative views on sexuality, and we urge them to seek further education. Misinformation, and subsequent harm, has resulted in many Copts leaving the Church. We urge the Coptic leadership to acknowledge its role in perpetuating prejudice and violence against members of the LGBTQI+ community and to start making amends for it.

We pledge our solidarity with the many LGBTQI+ Copts around the world. We are straight and queer Copts, and we affirm your/our existence and right to live without fear and prejudice. We remember also our LGBTQI+ ancestors who faced an intolerant society and whom we may never know about for that reason.

We pray that church leaders will hear our call with open minds and hearts so that we may all begin to heal.

Arabic version of the statement can be found here.

This statement appeared originally at Medium on January 15, 2020. Orthodoxy in Dialogue invites Coptic Christians to respond by submitting articles or letters to the editors, and to join the conversation in our Facebook group.

In our Archives 2017-19 and Archives 2020 see our Fifty Years after Stonewall and Sexuality and Gender sections and the Warwick Files.