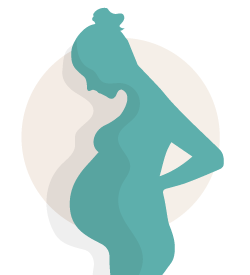 The incident recounted below represents why dialogue has become utterly impossible in some Orthodox circles.

On October 24, 2017 a priest in one of the metropolises of the Greek Orthodox Archdiocese (GOA) accepted my Facebook friend request. That same day, I sent him the following private message with a link to Orthodoxy in Dialogue‘s call for articles for our Reformation 500 Series:

Father, have you noticed that we have a Reformation 500 Series going on? Would you be interested in writing for it, or on some other topic of your choice?

I mentioned the Reformation 500 Series specifically because something on his timeline demonstrated to me that he had a valuable contribution to make.

On February 7—yesterday—we published Michelle Oberman’s outstanding “The Women the Abortion War Leaves Out.” In our Editorial Foreword we reiterated Orthodoxy in Dialogue‘s full commitment to a). upholding the Church’s teaching on the beginning of human life at conception and b). seeking ways to work together to reduce the incidence of abortion as much as possible—but without eliminating access to legal abortion for women who feel that they must have one.

This is why we found Oberman’s article so remarkable. She begins, “As a lifelong feminist from California, I have always believed in a woman’s absolute right to make choices about her own body.” Then she proceeds to narrate the personal research that led her to discover the women left out by the abortion war: those who would prefer not to have an abortion, but who feel overwhelmed by social, economic, and other factors beyond their control.

What could possibly be more Orthodox than that?

The priest who ignored my invitation in October to write on any topic of his choice was swift to denounce me now. He sent the following private message on Facebook:

Mr. Sanfilippo, I accepted your friend request with trepidation, knowing I would be subjecting my thread with so-called “progressive” posts and opinions. I did so in hopes of learning more about what others may think.

However, this dialogue you seem to say you desire is the same “dialogue” I’ve seen from other “progressives,” a dialogue that allows for the progressive to paint a one-dimensional picture of traditional ethics so that the more “enlightened” social attitudes may prevail.

Your recent publication dealing with abortion is a classic example. Poor people have been having babies for centuries. But, of course, our evil capitalist society is why poor women kill their children.

I find such rhetoric offensive and shallow, as I find most progressive emotional claptrap claims and positions. It seems Orthodoxy in Dialogue is in name only.

While I’m not quite ready to dump our connection totally, I do plan to hide your postings so as not to give a misleading impression. Please consider me a belligerent in this “dialogue.”

Father, did you even read the Oberman article? Or did you get no further than “As a lifelong feminist from California?”

3 thoughts on “ON ABORTION: A PRIEST RESPONDS by Giacomo Sanfilippo”