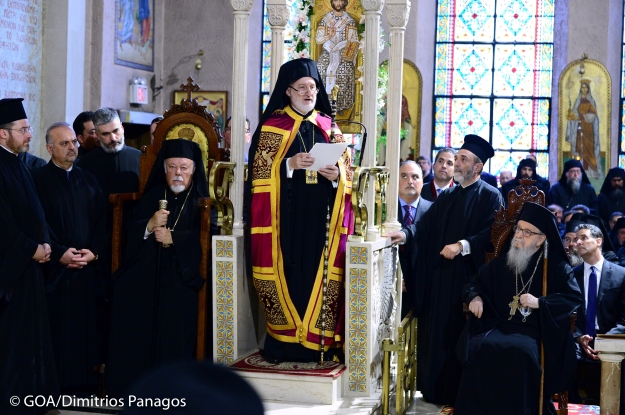 In an interview by Apostolos Zoupaniotis, published earlier today at Greek News, Archbishop Elpidophoros of America, primate of the Greek Orthodox Archdiocese of America of the Ecumenical Patriarchate, made the following comment:

I am not for the so-called “Benedict Option,” a retreat from the world to some form of Christian “Hasidism” that seeks separation based on external forms. We may not be of this world, but we have surely been placed in this world to be agents of change, and indeed transfiguration. And that is just one reason we teach the social ethos of our Church.

We made essentially the same point in our Benedict’s Option of September 1, 2017, Orthodoxy in Dialogue’s second week of publication.

For Orthodoxy in Dialogue’s other responses to Mr. Dreher’s anti-Orthodox positions, see the following titles:

In a twist of supreme irony, Mr. Dreher’s articles at The American Conservative have become Orthodoxy in Dialogue’s third source of readers after Facebook and Twitter.