We received the following email on the afternoon of Holy Saturday in response to Young, LGBTQ, and Stuck at Home. In allowing Orthodoxy in Dialogue to publish it, our young correspondent hopes to let other young, closeted or semi-closeted, LGBTQ Christians know that they are not alone. He also hopes that Orthodox hierarchs, pastors, and laity will begin to provide a spiritual home where LGBTQ people can feel respected and safe. 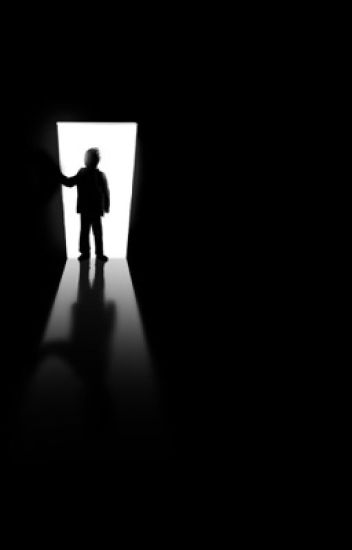 I am a 20 year-old trans man and Christian. I’ve been reading Orthodoxy in Dialogue for close to a year now. I was raised Catholic but starting last May I started to explore more of the old apostolic churches only to find a wealth of history and tradition among Orthodox churches that was previously unknown to me entirely. Since then I’ve been interested in joining an Orthodox church, preferably spending some time as a newcomer in a parish before making that decision. Unfortunately, my college has essentially no Orthodox Christian presence at all (unlike every other Christian group on campus!) and the nearest Orthodox church has absolutely no one my age and exhibits no real interest in newcomers at all, which makes attending fairly unappealing.

The elephant in the room, of course, is the relatively open hostility towards LGBT people from the Orthodox churches, especially in zealous online circles. Orthodoxy in Dialogue has been almost the only indication of any LGBT presence in Orthodoxy at all that isn’t treated as a political conspiracy or social ill.

I was reading through your website the other day when I came upon your article Young, LGBTQ, and Stuck at Home. That title, of course, perfectly describes my current situation, as my college has sent almost all students home, and where I had to immediately retreat back into the closet in mid-March instead of late May and faced with the prospect of indefinite life at home with seemingly endless coursework as my only reprieve from the toxicity around me. What struck me especially was this paragraph:

Perhaps the child has come out, but the parents’ response makes clear that no future conversation on the topic is possible, that no professional or peer supports of any kind will be sought for the child or for the parents themselves, that life will go on “as normal,” as if the child had not come out at all. What for the child is the single most momentous event so far in their short life—coming out to their parents—is essentially ignored, treated as if it had not happened, received as something dark and sinister in the child’s development.

This paragraph, almost word-for-word, describes my experience. I realized I was trans at 12, and I came out to my parents at 13. Instead of being received with cautious but open arms as I hoped, my coming out was immediately treated as a problem. I wasted years talking to Catholic therapists who I hoped could reach out to my parents and help them understand, and while they were relatively sympathetic, they made absolutely no effort to really help. I was brought to priests and deacons and made to talk to them about my feelings so that they could help remove whatever “malignant influence” was on me. I still have a bottle of blessed oil for exorcism that was given to me by one priest so that I could banish my trans thoughts. I was brought to healing masses and services that sometimes felt healing but sometimes felt like veiled attempts to “pray the trans away.” I had so-called Catholic folk healers tell me to my face that I was wrong and not trans and then treated my tears as an affliction to be healed. I was brought to confession and made to confess as though what I am were a sin. My mother especially repeatedly dismissed any attempt to bring the subject up, either saying that I was under the influence of a “spirit of homosexuality” or implying that it was the symptom of mental retardation.

As if this misery was not enough, my parents started divorcing when I was in high school, and two years after it has been finalized, they still feud with each other over money, accusing each other and accusing my brother and I of being agents of the other and crushing our independence with self-serving narcissistic agendas and hypocritical attitudes. Living with my mother, I constantly hear her intentional misgendering and her ranting against my selfish and manipulative father, and although he has certainly done plenty wrong against her (the cause of the divorce was a decade’s worth of adultery) she specifically uses homophobic slurs against him, even though the evidence of him cheating on her with men in addition to women is rather scanty.

This entire situation makes me feel that, after the short reprieve of college, I’ve reverted back to high school living perpetually in the closet and at the whims of emotionally abusive parents who interpret any sign of unhappiness as ungratefulness and caring only for my personal freedom when it can be weaponized against the other.

Thank you for listening,

See the Sexuality and Gender, Fifty Years after Stonewall, Bridging Voices, and Warwick Files sections in our Archives 2017-19 and/or Archives 2020, and especially Sexuality & Gender: Open Letter to the Assembly of Canonical Orthodox Bishops of the United States of America and LGBTQI Listening Tour: An Open Letter to Our Bishops in the USA and Canada.

During the COVID-19 pandemic, homeless people are more at risk than ever of having nothing to eat.

Send your gift to editors@orthodoxyindialogue.com via PayPal and put “Alms” in your message.

100% of funds collected is distributed regularly to the homeless on the streets of downtown Toronto.

Since the beginning of Great Lent we have collected and disbursed about $3000 from our readers for this purpose.

If you value Orthodoxy in Dialogue’s work check our Patreon page to learn how to become a Founder, Supporter, or Monthly Patron for as little as 30¢ a day.

2 thoughts on “OPEN LETTER FROM THE CLOSET”