Orthodoxy in Dialogue is pleased to publish this Call for Papers at the request of Dr. Brandon Gallaher of the University of Exeter and Dr. Ashley Purpura of Purdue University, co-chairs of the Eastern Orthodox Studies Unit of the American Academy of Religion.

Note that the deadline to submit a proposal is March 4, 2019, just two weeks from now. 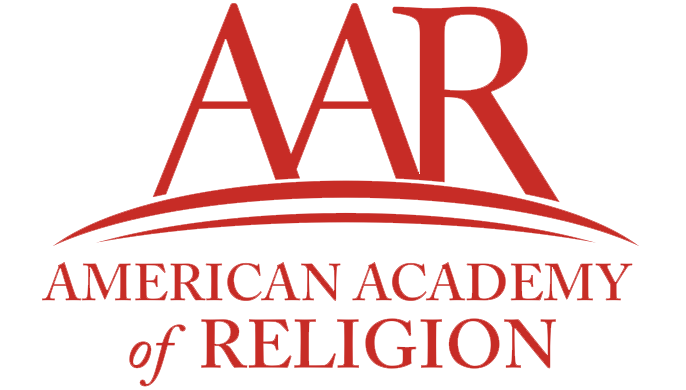 The Eastern Orthodox Studies Unit invites proposals for the following sessions at the 2019 Annual Meeting of the American Academy of Religion, November 23-26, in San Diego, CA.

Proposals will be accepted until 5:00 pm Eastern Standard Time, Monday, March 4. All proposals must be submitted through the PAPERS system on the AAR website.

See below for topics.

Widespread experiences of unspeakable violence, dehumanization, and terror during the twentieth century—be it on a mass scale under colonial and totalitarian regimes or in more localized spaces of homes and streets—has resulted in a range of responses. Given the atrocities associated with the twentieth-century Assyrian and Armenian genocides, the Bolshevik GULAG regime, and instances where Orthodox teachings, institutions, and structures may be the sources or justifications of violence (eg. gender-based violence, domestic violence, etc.), we welcome proposals for organized panels and individual papers that explore any aspect of violence and atrocity related to Orthodox Christianity. Consideration of theological, ideological, philosophical, ritual, sociological, or artistic responses to radical evil and its resulting trauma (collective or personal) are welcome, as are critical reflections on violence and Orthodox Christianity from comparative and secular perspectives. Examples of topics include: “mundane” and systemic violence, memory and forgetting, witness and testimony, evil, suffering, and personhood; collective and personal responsibility; justice, forgiveness, and reconciliation; resistance and resentment.

Turns and Returns: Conversions to and away from Eastern Orthodoxy
(Co-sponsored with the Religious Conversions Unit)

This panel brings together papers on religious conversions to and away from the multiple different families of Eastern Orthodox Christianity. Over the past decades, there has been a “turn to tradition” among North American Catholic and Protestant Christians who become Eastern Orthodox (Herbel 2013; Slagle 2011). In addition, post 1991, citizens of post-socialist countries have “returned” to Orthodoxy as part of a search for ethnic roots and new moralities, sometimes as part of an exploration of other options on the religious marketplace (Pelkmans 2009; Headley 2010). Both trends have sparked debates about distinctive Orthodox approaches to conversion, rooted in histories of missionization and theological anthropologies. We invite proposals for organized panels and individual papers from scholars of any religious tradition or none that illuminate contemporary conversions to and from Orthodoxy from theological, ethnographic, historical, or psychological perspectives, in Orthodox-majority or diaspora settings.
References:
Headley, Stephen. 2010. Christ after Communism: Spiritual Authority and Its Transmission in Moscow Today. Rollinsford: Orthodox Research Institute.
Herbel, Oliver. 2013. Turning to Tradition: Converts and the Making of an American Orthodox Church. New York: Oxford University Press.
Pelkmans, Mathijs, ed. 2009. Conversion after Socialism: Disruptions, Modernisms and Technologies of Faith in the Former Soviet Union. New York: Berghahn.
Slagle, Amy. 2011. The Eastern Church in the Spiritual Marketplace: American Conversions to Orthodox Christianity. DeKalb: Northern Illinois University Press.

Contemplation, Meditation, Adoration or What? Prayer in the Eastern/Orthodox Traditions

In the contemporary religious agora filled with consumer choices, what constitutes a distinctively Orthodox spirituality—and why so? Is it a matter of process or product, philosophy or phronema? How, for example, might the ancient practice of the Jesus Prayer, guided by the ascetical texts of the Philokalia, relate to other forms of “centering” on offer, with their respective mantras, methods and masters? What role does visualization play, whether iconographic, hymnographic or idiographic? Is liturgy a source of, or surrogate for, prayer–and by what criteria could this even be discerned? Where does the spiritual father/mother (geron/gerontissa, staretz/staritsa) fit in today, esteemed as the guidance of such figures has been in the history of Orthodox piety, whether monastic or lay? Our session welcomes proposals for organized panels and individual papers from scholars of any religious tradition or none, interested in exploring the contours of the interior life as conceived and perceived within the Christian East.

Much of Orthodox Christianity’s development is marked by its relationship to historical and/or spiritualized empires (Roman, Byzantine, Russian, etc.). Additionally, historical and contemporary Orthodox religious expressions (architecture, iconography, music, vestments, and liturgical practice) reflect imperial and colonial influences and interactions. This session welcomes proposals for organized panels and individual papers considering any aspect of empire and/or post-colonialism in relation to Orthodoxy from scholars of any religious tradition or none. In addition to the areas mentioned above, engagements with this topic in the related areas of authority, alterity, citizenship, exile, diaspora, missionary contexts, church-state relations, conciliar theological formulation, and nationalism from interdisciplinary theological or religious studies perspectives are welcome. We especially invite innovative methodological approaches to considering issues of empire and/or post-colonialism and intersectionality (with regard to gender, race, ethnicity, etc.) both past and present, and review of recent publications informing this area (e.g. George Demacopoulos, Colonizing Christianity: Greek and Latin Religious Identity in the Fourth Crusade, New York: Fordham University Press, 2019).