As a greatly needed breath of fresh air in the suffocating climate of moralism and fundamentalism which masquerade as “Tradition” in some Orthodox circles today, this first-time translation of Olivier Clément’s earliest theological book could not have come at a better time.

Clément stands in a direct line of descent from the flowering of theological creativity that characterized the encounter between the Orthodox Church’s living Tradition and the intellectual, social, political, and cultural currents of modernity. The names which stand out most prominently in this venerable genealogy—representing the best of the Russian Religious Renaissance beginning around 1880 and its heirs—are of course well known to English-speaking Orthodox readers: Soloviev, Florensky, Bulgakov, Behr-Sigel, Lossky, Evdokimov, and many beyond the immediate sphere of Russian Orthodoxy, such as Romania’s Stăniloae and Greece’s Yannaras. Whether we agree or disagree with these thinkers in every instance, they have left their mark as true giants of unfearful, loving Orthodox dialogue with the world in which they found themselves. One reads these remarkable authors and yearns to get on with the business of becoming a saint….

Now a foreign spirit, an ideological rigidity hardly bearing even the most superficial resemblance to the mystical theology and ascetical spirituality of Orthodox Christianity, has come to infest our Church and to lead her, if it can, down  a different path.

We are deeply grateful to Mr. Ingpen for reaching out to Orthodoxy in Dialogue, and to Dr. Patricia Fann Bouteneff for suggesting that he do so.

The great French Orthodox theologian Olivier Clément died in 2009 at the age of 88. On the 10th anniversary of his death, his first book, Transfigurer le Temps. Notes sur le temps à la lumière de la tradition orthodoxe (1959 – see Yves Congar’s brief review from 1961 here), is published for the first time in an English translation by New City Press. The rediscovery of this almost forgotten text allows us to see Olivier Clément in a new light. His first work already reveals a mature thinker, deeply rooted in the patristic tradition. It lays out many themes to which Clément would return in later books and articles.

But why read Clément’s Transfiguring Time now? Clément foresaw the rise of a new atheistic “gnosticism” and of “Christianity on steroids,” the one trapping its proponents in the hell of their own existence, the other retrojecting on society the all-powerful and vengeful God of the Old Testament. Clément sought instead the locus of human freedom and the flowering of full human potential in the Incarnation and in the encounter with a kenotic God who takes on all of human existence, and who waits, patiently, for us to turn and to hear.

This focus on human freedom and the full realization of human potential may be seen as one of the major themes of post-World War II French thought. After the Holocaust and the total destruction wrought by the war, was it possible to speak about humanity and God? For Clément, the answer was yes—there could be no fulfilment of human potential without God, without the Trinity. In face of a world in the grip of brutal totalitarianism, the model of Christian sainthood is Mother Maria Skobtsova or Father Maximilian Kolbe, who went to their death in the concentration camps in absolute solidarity with their Jewish fellow prisoners, suffering with others, caring for others, and taking the place of others in the “selection” for the gas chambers. 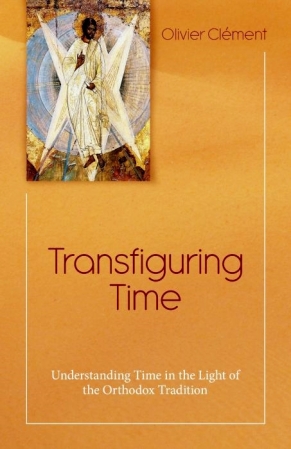 For Clément’s contemporary, Albert Camus, the answer was no—we must seek to find a way to be fully human without God. In his 1947 novel The Plague, the protagonist Dr. Rieux is Camus’ model of sainthood without God, caring for his neighbors and seeking by all means possible not to be one of those infected, in body and mind, by the plague. In his address to Columbia University in May 1946 entitled The Human Crisis, Camus said, “…[W]e have understood that in a world stripped of meaning, the human person still has meaning…we have understood that when some of us accepted death on behalf of the community…it was because they had discovered a value that was more important than their personal existence, and consequently had discovered, if not a truth, at least a rule of conduct.” (La crise de l’homme, Albert Camus, Oeuvres Completes, II, Editions Gallimard 2006, p.741.)

In his address to Brooklyn College entitled Are We Pessimists?—also in May 1946—Camus said: “We are obliged to live without illusions, in direct contact with the most fundamental realities of existence…to formulate the problems that the world poses and to maintain our willingness to resolve them…. Energy can be reconciled with lucidity, passion can rejoin with tranquil courage.” (Sommes-nous des pessimistes?, Albert Camus, Oeuvres Completes, II, Editions Gallimard 2006, p.749.) Camus would have us live without illusions, but in the full light of belief in our common humanity.

Is it a conceit to bring Camus and Clément together on the same page? Perhaps not. In a sympathetic obituary that revealed the depth of his affection, Olivier Clément presented Camus as one who had radically rejected the Augustinian Christianity of his youth, who nevertheless had at his core a vision of humanity, of the radiance of the Mediterranean sun, of the beauty of creation. (La Revue du lycéen orthodoxe, No. 9, July 1960, accessed online.)  In a biographical note on St. Augustine, Clément refers to Camus in passing as the quintessential atheist. (The Roots of Christian Mysticism, New City Press, 1995, page 314.) But, according to the Greek theologian Christos Yannaros,  Clément also recounted that, in the last years of his life, “Camus read Vladimir Lossky’s Mystical Theology of the Eastern Church. For Camus, this theology was an unexpected surprise. ‘This really is something that I can discuss.’” (Quoted from Orthodox Constructions of the West, George Demacopoulos and Aristotle Papanikolaou, Fordham UP, 2013 [accessed through Google Books].)

Here we see Camus engaging with Orthodox thought; and in his obituary of Camus, we see Clément deeply and sympathetically engaged with a major atheistic thinker. These encounters challenge the easy constructs of atheist and believer.

With the resurgence of ultra-nationalism, the loss of a sense of our common humanity, the challenge to the very nature of truth, it is a good time to reread these two profound thinkers, who each in their own way sought to formulate what it means to be fully human.

Transfiguring Time: Understanding Time in the Light of the Orthodox Tradition can be pre-ordered from New City Press.

Deacon Stephen Sharman, PhD, of the Archdiocese of Canada, Orthodox Church in America (OCA), has written a brief review of Mr. Ingpen’s translation for The Canadian Journal of Orthodox Christianity.

Jeremy N. Ingpen holds a BA in Modern History from Trinity College, Oxford University, and an MA in European Studies from the University of Reading in the United Kingdom. He has also completed course work in the distance learning program at St. Sergius Institute of Orthodox Theology in Paris. Currently he translates lesser known works of French Orthodox theologians, of which Transfiguring Time represents his first book-length translation to be published. He fabricates stained glass windows, three of which are installed in St. Jacob of Alaska Orthodox Church in Northfield Falls VT. He is retired from a career in affordable housing management and management consulting.

One thought on “A NEW (OLD) BOOK BY OLIVIER CLÉMENT: SOME THOUGHTS FROM THE TRANSLATOR by Jeremy N. Ingpen”