For the context of Dr. White’s article see the White Supremacy and Racism section in our Archives by Author. 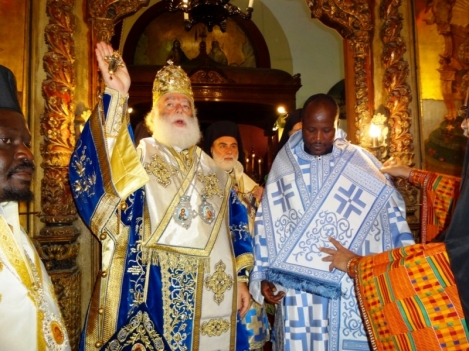 The editors of Orthodoxy in Dialogue are to be commended for drawing attention to the issue of the appeal of Orthodox Christianity to people who hold white nationalist views. As readers of this blog know, this question has, among other things, to do with the religious and sociological dimensions of racism in North America in the age of Trump, and the interpretations of the idea (and ideology) of tradition in white nationalist groups and in Orthodox Christianity. Of course, there is also the wider, ongoing issue of racism in the Church and the role of continuing Orthodox self-definition in terms of national and ethnic categories in the appeal of Orthodox Christianity to white nationalists. The integrity of the Church’s witness in these times of increasingly overt racism and xenophobia depends on our addressing these issues forthrightly and with courage.

I wish to contribute to this conversation by addressing the issue of white supremacy in the Church from a perspective that might not be self-evident: that of liturgical theology. I can’t treat in this short space this complex topic in the depth it requires; instead, I will outline what I think are central questions pertaining to this issue. The following discussion is necessarily preliminary and schematic. I hope to address these questions in greater detail in the future here and in other forums.

It’s a truism that we Orthodox Christians identify ourselves as members of a church for which liturgy is central to its life, mission, and witness, more central than it is for other Christian churches. Whether this claim bears scrutiny is open to debate; in any event, this is how we understand ourselves. The discipline of liturgical theology itself was born from the idea that the Church’s liturgical life is the foundational context for its theology, mission, and witness. For us, the Church’s liturgical life bears an authority both commonly acknowledged and at the same time still not completely accounted for: how we Orthodox Christians ought to interpret Prosper of Aquitaine’s dictum legum credendi lex statuat supplicandi (or, as it’s commonly put, lex orandi – lex credendi) has not yet been settled.

Even given these caveats, it is still possible to claim that what we do and say in our worship of God is normative for the Church’s life, mission, and witness. And yet, here is the rub: liturgy is far more than a collection of texts; it embraces gesture, architecture, song, the worshipping community in all its complexity. Liturgical theology has nothing to do with proof-texting from one or another prayer; instead, it has to do with the complex interaction between the liturgical texts, actions, songs, images, and architecture of our traditions and the complex realities of their enactment in and by worshipping communities. This is not to deny the importance of the words of our prayers and the power of our actions; rather, I claim that those very words and actions are able to critique and judge the ways in which we live them out when the last prayers have been said and the last candles extinguished, or even the ways in which we praise and worship God with those very words, gestures, things.

This critical function exists because our liturgy is, ultimately, Christ Himself, Christ in us: “What was visible in our Savior has passed over into His mysteries,” says St. Leo the Great (Sermon 74:2; PL 54.398). We do not live to celebrate liturgy; we celebrate liturgy because God has made us alive through Christ, in the Spirit. This is the same royal, priestly, and prophetic Spirit whom we receive in Baptism, with whom we are anointed in Chrismation. We have been baptized into Christ who, according to Luke, at the start of His ministry made the words of Isaiah, a prophet of Israel, His own (Lk 4:14-19, citing Is 61:1-2, LXX); we have received the same eschatological Spirit who causes His people to prophesy, who descended upon the disciples at Pentecost (Jl 2:28-32, cited in Acts 2:17-21).

It is because our liturgical life contains this prophetic dimension, and because of the perennial danger of decoupling liturgy, prophecy, and ethics, that the question of white nationalism in Orthodox Christianity is a liturgical problem. The existence of white nationalism in the Church lays bare a basic disconnect, a lack of consonance, a dissonance, between our worship and our life together in Christ. How is it possible to be baptized into Christ, in whom there is no male or female, Jew or Greek, slave or free, and still hold a white supremacist ideology? How has our liturgical life failed, that such a situation exists in the Church today? That is, how have not only our liturgical celebrations but the “liturgy after the Liturgy” failed to make visible the reality we celebrate in our words, hymns, and gestures? In the waters of Baptism we have died with Christ; that “we” includes the distorted self which defines itself and others in terms of a pseudo-science and ideology of race and difference. In terms of our contemporary social situation in the United States (though by no means limited to there), our baptism washes us (and the entire Church) of our sinful claims to superiority over any other person, and the sinful demands such claims make that our institutions—including the Church—conform to their racism.

On the cross, Christ “broke down the dividing wall of hostility” between Jew and Gentile, making “one new person in place of the two” (Eph 2:14-15); this is a facet of the mystery of salvation we celebrate in both Baptism and the Divine Liturgy.

How has our liturgical practice so failed that the Church can be seen as a home for people who embrace that wall, and call for new walls to be built?

Grant White holds a PhD from the University of Notre Dame and teaches liturgical theology at St.Vladimir’s Orthodox Theological Seminary. He has served as Principal of the Institute for Orthodox Christian Studies in Cambridge, England, and has taught history of Christian liturgy, church history, and patristics in the United States, England, and Finland. His faculty profile, including his list of publications, is available here.

Check here if you would like to become a Patron of Orthodoxy in Dialogue.

Check The Marketplace and Letters to the Editors often.

2 thoughts on “WHITE SUPREMACY IN THE CHURCH: A PROBLEM OF LITURGICAL THEOLOGY by Grant White”