The chants sung in the cathedrals of the Slavic Orthodox Churches form a spiritual, living, and breathing choral tradition that is as unique in the world of Christian music as it is beautiful. Part of what makes it so unique is that the melodies are written to emphasise and decorate each line of the liturgical text so as to prayerfully carry across the meaning of the words. Therefore the building blocks of an Orthodox hymn are the lines of text themselves, unlike the rhythm-oriented phrasing found in other forms of choral music. This results in virtually every bar of music having a different time signature, and these can often be something as uncomfortable as 17/4. 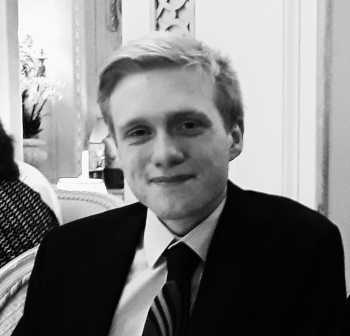 With all mainstream regular music notation software available today, this fact alone has meant that notating an Orthodox hymn is not at all a straightforward process. Each bar would require you to count the number of beats in a phrase, set the time signature, notate each note of each chord, then type the lyrics, and then format away any awkward notation (like those horrific time signatures!). So despite the relative simplicity of a lot of the music, producing a neat and readable score using a computer is very complicated and time-consuming.

This is why we created Orarion. It’s a web-based notation programme optimised for writing Orthodox choral chants, featuring a unique, user-friendly, and intuitive method of creating music. Instead of writing everything out note by note, you first type in the chant as a stripped-down musical template, and then just enter the lyrics with some simple markings demonstrating how the melody of your chant fits around the words. Orarion uses this information to instantly produce a fully-formatted and ready-for-use score. The process was inspired by how Orthodox choirs harmonise troparions and stikhiras—the singers know the melody for each phrase of the chant and fit it around the lyrics.

While this method of creating music is quite unusual, it’s for a good reason: Orarion makes creating Orthodox sheet music much faster and simpler than any other scorewriter. Orarion is very flexible when it comes to going back and editing the music—something which is infamously difficult to do in regular notation software.

There are also many tools specific to Orthodox choirs which make previously tedious tasks, such as converting a mixed choir arrangement into a male choir arrangement, possible with just a couple of mouse clicks. Since Orarion automates all of the monotonous, time-consuming tasks of music arrangement, there is a very gentle learning curve, so users can easily concentrate on just creating scores straightaway.

Orarion is primarily meant as a tool for Orthodox conductors to prepare and edit sheet music for their choirs to use in services and rehearsals. All too often, conductors find themselves in a situation where they don’t have the right sheet music for a part of a service. There might not be any music at all—or maybe the music they do have is not appropriate for their choir. Many conductors can identify with the frustration of knowing exactly how they want something to be sung, how to change some music, how to communicate a musical idea to their singers, but are unable to do it because writing it down with regular notation software is just impractical.

We started this project in order to allow conductors to quickly and easily produce choral resources whenever they want. If the singers are likely to have forgotten a rarely sung hymn, it could be written and printed ten minutes before the start of the service. If there is a troparion with difficult lyrics that singers might stumble on, the conductor can choose to write it out for them to help clarify how the words should be sung.

Orarion can also be useful when newcomers to Orthodox singing join the choir—seeing the actual score can really speed up the learning process. Especially for a non-professional choir, just having the right sheet music at the appropriate moment can mean the difference between fluid, confident singing and awkward pauses or mistakes.

Another reason for starting this project was to help church musicians and educators share not just sheet music, but actual chants themselves. Orarion files contain both a piece of music, and the underlying chant. So if you like how a particular melody sounds and want to set some different lyrics to this chant (like how podobens work), this is very easy to do. To this end, we have been collecting chants, both standard and rarely sung, and including them in our website’s chant library which conductors can use whenever they want. Some of these chants are iconic, beautiful, traditional melodies, and others come from distinctive, individual choral traditions from various parts of the Orthodox world. We hope that ultimately a system like this can help aid preservation, education, and collaboration among Orthodox musicians all over the world.

We really hope that Orarion, as the world’s first Orthodox-orientated music writing software, will prove to be a powerful resource for everyone involved with the kliros. It’s an ever-growing and evolving project, shaped over the course of a year by feedback from choir conductors in several countries.

Users of the system are encouraged to send their impressions, as well!

To celebrate the launch of Orarion, a lifetime discount will be applied to all paid subscriptions up to October 31, 2018.

Ilya Tolchenov holds an MSci in Mathematics from University College in London, United Kingdom. He is a conductor and singer at the Cathedral of the Dormition of the Mother of God (ROCOR) in London and a software developer. He created the Orarion system in collaboration with his father, Roman Tolchenov, who is also a software developer.

Tragedy in Greece: How You Can Help