Welcome to Orthodoxy in Dialogue ‘s sixth annual Nativity Fast GoFundMe campaign to raise Cash for the Homeless on Christmas. Our extensive contacts with homeless persons on the streets of downtown Toronto convince us of one thing: what they need most is the cash to spend as and where they see fit. This gives them the same sense of dignity as the rest of us when we spend our money as we wish. Few things are more heartbreaking than the sight of a poorly clad man shivering violently in our frigid Canadian winter, sitting cross-legged on the sidewalk among fifty PBJ sandwiches in baggies tossed at him.

As in the previous five years, our goal is to place at least $20—but hopefully as much as $100!—into the hands of 50 homeless persons on Christmas Eve and Day. In this way, we encounter and enter into divine communion with Him who comes to be born as a little Child in Bethlehem, that we may feed Him in the least of His brothers, sisters, and siblings. In our experience, the sky itself becomes the dome of a great cosmic church as we meet Him, again and again and again, up and down the streets of downtown Toronto.

As you plan your Christmas budget, please enter into our joy of bringing joy to those we are called to love the most. Thus will we keep a fast well-pleasing to the Lord as we make our way step by step to the inner Bethlehem of our hearts and the mystical Bethlehem of the Chalice.

Please share widely on social media and ask at least one friend or family member to join you in this worthy endeavour.

With love and gratitude,

When Orthodoxy in Dialogue sees a sudden, unexplained uptick in traffic to a past article that had receded in the collective consciousness of our readers, we make inquiries to discover why the subject of the article has recaptured the interest of the Orthonet. Usually, we can determine quickly enough the reason for the renewed attention.

Such is the case currently with Father Peter Heers. On June 9, 2020, we published Archbishop Alexander (Golitizin) [of the OCA] Issues Warning against Father Peter Heers’ “Orthodox Ethos” Website. Over the past two or three days, this article from two and a half years ago catapulted to the top of our daily trending list in the lower right column on this page. When we questioned this in Orthodoxy in Dialogue’s Facebook group, a scholar who chimes in from time to time responded that Heers’ canonical status was being questioned in a Twitter thread launched by a priest. This compelled us to cull the internet for what we could find. As our readers around the planet have come to expect of Orthodoxy in Dialogue, our mandate has evolved to include reporting on, and often advocating for canonical action against, wayward hierarchs and priests in the Orthodox Church. Even our most vocal detractors have learned from the outcome of the Metropolitan Joseph Scandal that we do our due diligence when reporting on such matters. END_OF_DOCUMENT_TOKEN_TO_BE_REPLACED

Communion & Shalom is a podcast that is building a space for honest, subversive Christian conversations on sexuality, ethnicity, and what it means to live in community.

We gladly situate our lives and work within Side B, post-liberal, localist, and multi-ethnic perspectives.

In our show, we have particular interest in thinking about how queer/LGBT+/SS(S)A/etc. Christians can flourish in the Church and the apostolic and orthodox Christian sexual ethic. Additionally, we are eager to talk about roots and place in a way that can be of use to all people in our late-modernist capitalist age. Our devoted team of hosts is eager to explore the issues we talk about with one another as well as our audience. END_OF_DOCUMENT_TOKEN_TO_BE_REPLACED

The present article appeared at The Armenian Weekly on November 2 and was brought to our attention by a Melkite Catholic priest sympathetic to Orthodoxy in Dialogue’s LGBTQ advocacy around the Orthodox world. While the schism that separates the Oriental Orthodox churches from the (Eastern) Orthodox Church since the Fourth Ecumenical Council persists, the modern era has witnessed the Holy Spirit renewing a bond of brotherhood between us. We wish to show our love and support for our LGBTQ Armenian brothers, sisters, and siblings by republishing the following.

Editor’s Note: The tragic suicide of a young gay couple in Yerevan last month has reignited important conversations surrounding homophobia in Armenian society. Their names were Arsen and Tigran. They took their own lives on October 20, 2022 after Arsen—a minor—shared a series of photos of their loving relationship on social media with the caption, “Happy end: we decided together to share pictures and the decision for our future action.” In light of this distressing news from our homeland, the Armenian Weekly underscores its pledge to uplift all voices across the Armenian Diaspora. The following personal essay was written and submitted to the Armenian Weekly for publication on condition of anonymity, which we will honor and respect to protect this author’s privacy and abiding love for the Armenian church. 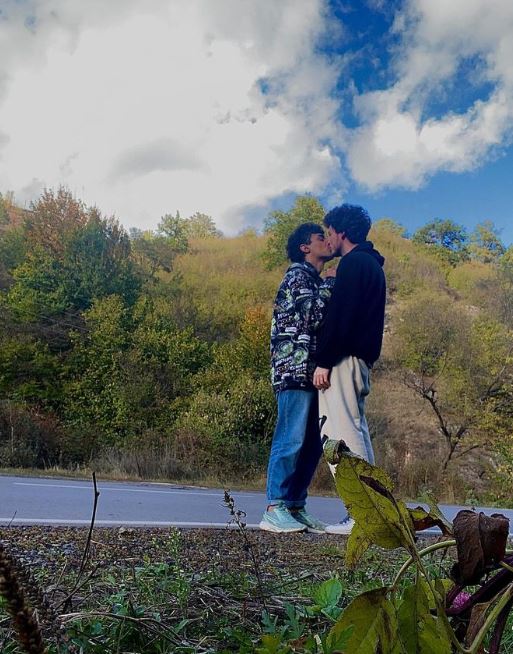 May their memory be eternal.

In 2022, it is no longer a shock to readers of the Weekly that there are gay, queer and LGBT Armenians. I don’t think it will come as a shock that we continue to participate in organizations, associations and community life, or that we too date (surprisingly often) amongst ourselves, as well as outside of the Armenian community. I think to 10 years ago, when I was just coming to terms with the fact that my attraction to men was never going to go away, and when I had exactly one other gay Armenian friend. END_OF_DOCUMENT_TOKEN_TO_BE_REPLACED