By now Orthodoxy in Dialogue’s rock solid commitment to Black Lives Matter has become clear to our supporters and naysayers around the planet.

While recognizing the urgent need for immediate, substantive police reform in the United States and elsewhere, we have not taken a position on the Defund the Police movement. We offer the following for reflection, dialogue, and action as each of our readers deems best. The question that we must each ask ourselves is what the Gospel of Jesus Christ requires of us as Church and as individual Orthodox Christian men, women, and young people. 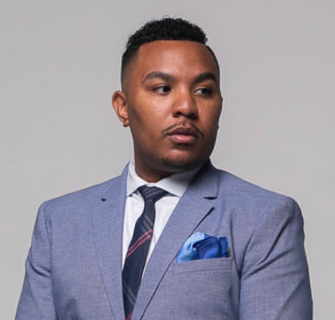 A few days ago, I participated in the Rally for George Floyd in Houston, Texas. Years ago, I had the pleasure of meeting Mr. Floyd through his extended family.

As a Black American, it made me proud to feel so much love coming from every direction. My people have suffered at the hands of police and white supremacy for centuries.

The world witnessed the killing of George Floyd – we all heard his cries for help. Mr. Floyd’s cries are embedded in the history of the United States, along with many of my brothers and sisters who have cried for help while they were killed without cause.

We were brought here in chains against our will. We built this country up, along with a variety of immigrant cultures, but yet we are the ones single-handedly being killed at the hands of police because of racial bias.

During this time, my people are hurting. We are enraged that we have to explain why #BlackLivesMatter over #AllLivesMatter. We require more non-people of color to acknowledge their privilege and speak out against white supremacy. We need faithful allies who are here for the culture without chasing clout. We have marched the streets and raised our voices asking for change, to be seen as human beings and given the dignity our white counterparts receive without hesitation.

We are told we can’t kneel. The media hardly highlights the love shown at a protest. Looting, police interactions, and every negative aspect make the national news. At the rally in Houston, I joined over 60,000 people to pray for the Floyd family as one. Not one media outlet broadcast our love and solidarity.

We can’t express ourselves without some form of backlash.

Being Black, gay, and male in America, I have to work twice as hard to be seen, heard, and given the benefit of the doubt. Every day I leave my home, I endure some type of racial bias or micro-aggression. Because I am black, I am afraid to report any kind of injustice because we are systematically categorized as angry.

I am joining the call to demand we #DefundthePolice and reinvest in our communities. If you believe Black Lives Matter, I hope you’ll join me.

Allen Morris IV works as a legal assistant for the Refugee and Immigrant Center for Education and Legal Services (RAICES), which our readers will remember as the beneficiary of our Angels Unawares campaign.

One thought on “MY PEOPLE ARE HURTING by Allen Morris IV”