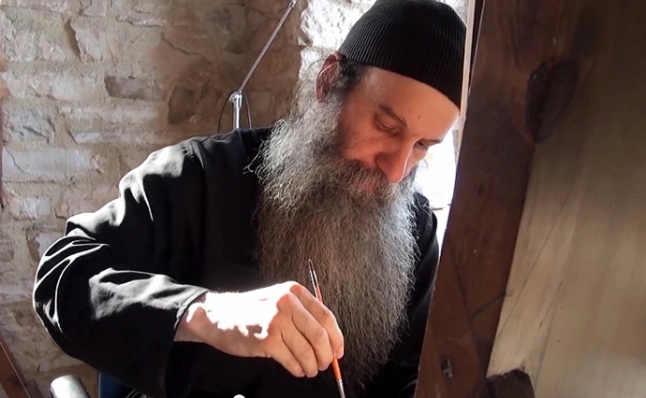 The Tomos of Autocephaly for the Orthodox Church of Ukraine has been prepared on parchment [a scroll] and delivered to the residence of the Ecumenical Patriarchate in Constantinople (Istanbul). 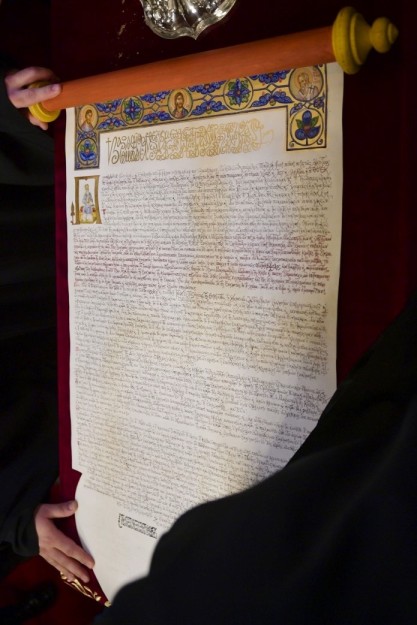 This was reported [on January 4] by the press service of the Bigorski Monastery in Macedonia.

Ecumenical Patriarch Bartholomew received at his residence the iconographer and calligrapher, Hieromonk Luke of Xenophontos Monastery on Mount Athos, who brought the document which he had prepared.

Representatives of the Orthodox Church of Ukraine were already at the Phanar ahead of time with Metropolitan Epiphanius (Epifaniy) of Kyiv and All Ukraine, and will be present at the ceremony of ratification of the Tomos by the Ecumenical Patriarch.

After that the heads of the two Churches will conduct the service together for Holy Theophany. During the Divine Liturgy the Patriarch will hand over the Tomos to Metropolitan Epiphanius. 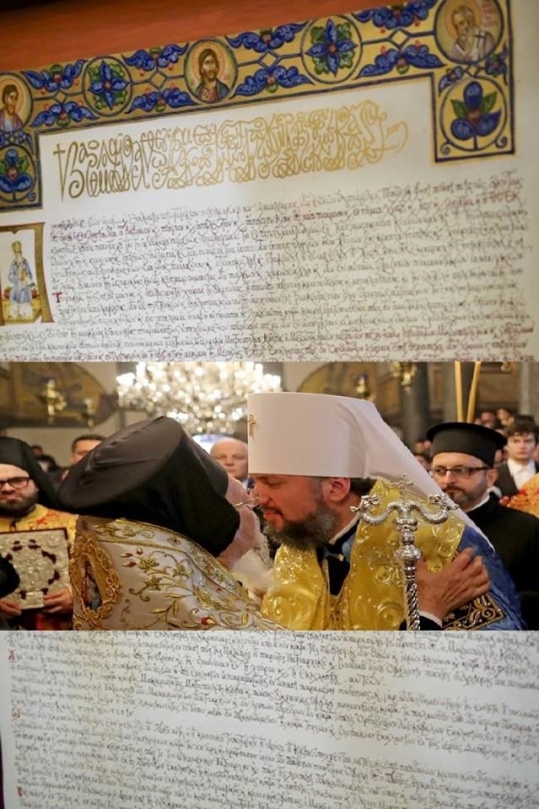 This brief report appeared in Ukrainian earlier today at Ukraïnska Pravda. Translated for Orthodoxy in Dialogue by Giacomo Sanfilippo.

A most blessed and joyful Feast of Holy Theophany to all!