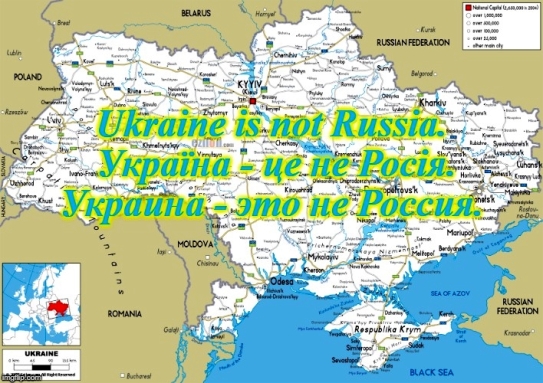 According to the transcript Patriarch Bartholomew defended his plan to grant autocephaly to a new Ukrainian Orthodox Church.

A Greek Orthodox news agency has published the transcript of a three-hour summit between the Orthodox Ecumenical Patriarch, Bartholomew I, and Patriarch Kirill of Russia over the future of Orthodoxy in Ukraine, showing that the Russian delegation angrily rejected Ukrainian self-rule and insisted the country’s current government was illegitimate.

According to the transcript, published on 1 October by Orthodosia, Patriarch Bartholomew defended his plan to grant autocephaly, or independence, to a new Ukrainian Orthodox church during the 31 August meeting at his Istanbul see, and rejected Kirill’s warning that Russian-backed separatists would soon overthrow Ukraine’s “illegal government”.

“Ukrainians do not feel comfortable under Russia’s authority – they want full freedom religiously, just as they have obtained it politically”, the Ecumenical Patriarch, who holds honorary primacy among the world’s 14 main Orthodox churches, told his Russian guests. “So they have turned to their mother church, which judges their claim fairly and will proceed in that direction… Everyone has come to the Ecumenical Patriarchate and begged for the granting of self-rule”.

However, this was contested by Patriarch Kirill, who said the very “idea of a separate Ukrainian nation” had been “developed in the nineteenth century by uniates”, a pejorative Russian term for Greek Catholics, so they “could expand into the country and cut it off from the Tsar”.

“The granting of autocephaly for the Ukrainian church is a matter not just for the church of Constantinople, but concerns all Orthodox,” Kirill told Bartholomew, according to the transcript. “These people took power in a coup during the ‘Maidan’ period, and are calling for autocephaly to strengthen their authority because they hold power illegally. The people are poised to overthrow and evict them, so they are seeking support and prestige from the Ecumenical Patriarchate”.

Calls for an independent church to be formed out of Ukraine’s three rival Orthodox denominations, one of which remains loyal to the Moscow Patriarchate, have intensified since Russia’s 2014 annexation of Crimea and bloody intervention in eastern Ukraine, and were backed in 2016 by President Petro Poroshenko, who petitioned Patriarch Bartholomew to grant the necessary “tomos of autocephaly”. Bartholomew named two Orthodox bishops to supervise preparations on 7 September, after failing to reach agreement with Kirill at the Istanbul summit. A week later, Russia’s Orthodox church responded by cutting ties with the Ecumenical Patriarchate, and warning Bartholomew he would forfeit his honorary Orthodox primacy if his “interfering activities” continued.

In the transcript, Patriarch Kirill insisted Ukraine was “part of the territory of the Russian church”, and said the Ecumenical Patriarch had the right to grant autocephaly only to “local Orthodox churches within its normal jurisdiction”. However, this was dismissed by Bartholomew, who said the strength of Orthodoxy was measured by “holy rules and tradition”, not by claims to numerical superiority and power.

In a statement last week, the Ukrainian government said the Vatican’s Secretary for Inter-State Relations, Archbishop Paul Gallagher, had told its foreign minister, Pavel Klimkin, during talks at the United Nations that the Holy See respected the “decision of the Ukrainian people to create a single local church”. However, this was denied by the Vatican’s Kiev nunciature, which said the Holy See had “no intention whatsoever” of evaluating “an internal question of the Orthodox Church”.

The head of the Orthodox church in Cyprus, Archbishop Chrysostom II, offered on Saturday to mediate in the inter-Orthodox dispute, according to Ukrainian government sources.

This report appeared on October 1, 2018 on The Tablet.

Jonathan Luxmoore is a freelance writer who covers church news and a five-time winner of Catholic Press Association awards. His books include The Vatican and the Red Flag (London/New York, 1999), Rethinking Christendom: Europe’s Struggle for Christianity (Leominster, 2005) and a two-volume study of communist-era martyrdom, The God of the Gulag (Gracewing, 2016).

14 thoughts on “THE CAT’S OUT OF THE BAG: MOSCOW PATRIARCHATE REJECTS UKRAINIAN NATIONHOOD”