This statement by the hierarchy of the Ukrainian Orthodox Church of the United States of America was published on June 20. We were notified of it today. We are grateful to Metropolitan Antony and Archbishop Daniel for speaking out on the issues raised in our Open Letter to the Church: The Humanitarian Crisis at the US-Mexico Border. 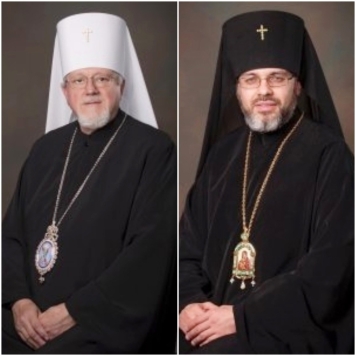 Recently, in reference to the ongoing controversy of separating children from their parents who have illegally crossed the border into the United States of America, our government officials on several levels quoted from Holy Scripture the following:

Let every soul be subject to the governing authorities. For there is no authority except from God, and the authorities that exist are appointed by God. (Romans 13:1)

This quote has, as far as we have been able to determine, been utilized only twice before in the history of our United States of America—by the defenders of the British Crown during the Revolutionary War and then by the defenders of slavery during the Civil War. Neither in the present instance nor in the previous two instances will one hear other quotes from Scripture that declare that submission to civil authorities is mandatory only as long as those authorities promote good works rather than acting in opposition to God. When the civil authorities are in direct opposition to God, the believer must follow God. (Acts 4:19 and 5:29)

At the outset, we wish to declare that we believe it extremely important to protect the borders of our nation and to do everything possible to make entry into our great nation as peaceful, legal and beneficial to all. It is the history of our nation to be welcoming of immigrants who may wish to come to us for a great variety of reasons. We are, however, moved to tears when we witness what has been taking place at our southern border where over 2000 children, including infants, have been taken away from their parents and housed in cold abandoned super store warehouses with only the minimum of comfort and none of the affection and love of their parents.

We can describe this situation in no other way than inhumane and sinful. Our Holy Orthodox Faith very clearly teaches the value and sanctity of human life—that each and EVERY human being is created in the Image of God—to image God in the world where they live. When we hear the words spoken that “if we have no zero tolerance effort such as the separation of children from parents who are being charged with illegal entry into the USA, then we will have an ‘infestation’ of illegal immigrants,” we are confronted with the destruction of that image describing human beings in terms used for rodents or insects that must be made to disappear before they destroy us.

We are a better nation than this and this is seen in the reaction to the events described above. When “we the people” respond—including the media—to a wrong, our voice is heard. “We the people” are the foundation of our democracy and the guardians of our Faith. “We the people,” after hearing for a week now the crying children and the ridicule of them, have made it clear that that we will stand for it no more. We had already concluded our statement earlier with other thoughts, but it has now come to our attention that the government has reversed its policy of separating children from their parents. Our voice has been heard and we are thankful to God in the Holy Trinity that this policy is gone and we pray that what we witness is a true change of heart regarding this and other such issues.

We, as Ukrainians Orthodox Christians by heritage celebrate our Centennial of service to God this year. We began as an immigrant church and those who first established our parishes were most grateful, as are we, for the opportunity to live a good life here in the USA. We are, unfortunately, all too aware of such policies of family division, arrests, deportation for the slightest and mostly fabricated infractions, disappearance of loved ones, mass murders and death by forced starvation. We know the extremes to which unfettered power and authority can lead. We have maintained our faith through some of the worst examples of dehumanization. May we never lose sight of such wrongful history, but may we also never lose hope and faith in a better tomorrow where the LOVE of our Lord can and will reign forever.

May the Grace of our Lord and Savior Jesus Christ, the Love of God the Father and the Fellowship of the Holy Spirit be with us all.

In our Lord’s All-Encompassing Love,

This statement appeared originally on June 20, 2018 on the website of the Ukrainian Orthodox Church of the United States of America. Можна прочитати Звернення по-українськи.

Metropolitan Antony (Scharba) and Archbishop Daniel (Zelinsky) shepherd the Ukrainian Orthodox Church of the United States of America. Their full biographies can be read here and here.

Use our PayPal Button if you wish to support our work.