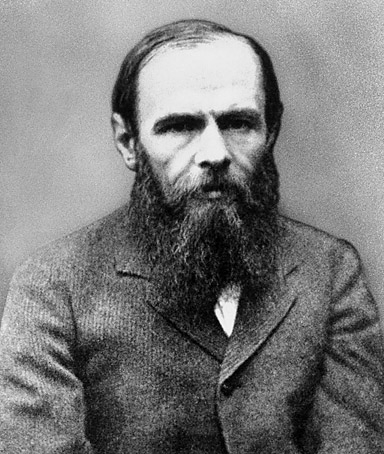 To be born with an ascetic temperament comes with a unique spiritual vocation—to enter into and abide in the world. To believe that one is and must be perfect calls one to a counter-intuitive spiritual life—to be human and risk sinning. The sacramental embracement of life in the world, and the love of your own sinfulness for real redemption, notions at the heart of Eastern Orthodox theology, could have only been encountered by the young Evangelical that I was in the novels of Fyodor Dostoevsky. Christians  know of their need to be rid of and separate from “all that is in the world, the lust of the flesh, and the lust of the eyes, and the pride of life” (1 Jn 2:16), seeing themselves as “a prisoner of the law of sin…” and proclaiming, “What a wretched man I am!” (Rom 7:23-24). However, there is the occasional person born who is an ascetic by nature, whose core identity is wrapped up in being perfect, recognizing no conflicting law at work in themselves—it is for such as I that The Brothers Karamazov and The Idiot impart spiritual wisdom.

It is one thing to join a holy order; it is another to be born into one. The Sermon on the Mount implanted the monastic vows of poverty, obedience, and chastity into my childhood soul. Content with so little, I never had to be denied; I obeyed every authority to the extent that discipline was unnecessary; and I was so chaste that, despite our culture, I did not encounter pornography until the age of 17, at which point I slowly began the self-flagellation of anxiety and depression. However, being raised in a Protestant tradition which lacked a monastic tradition, the university became my monastery, where I could contemplate God and ignore my bodily reality. Once I entered into the Gaelic paradise of Scotland for my Masters of Theology degree, I accidentally encountered Dostoevsky. It was when that I saw my life in Aloysha, that the instantaneous conviction arose that Father Zosima’s prophecy over him was a prophecy to me as well—“…you will go out beyond these walls, but in the world you will abide as a monk.”

As I was participating in student and homeless ministry in Scotland, I felt the desertion of my soul in academia so heavily that I knew it was time to leave and enter into ministry as my vocation, to love and serve the world. The sacramental view of the world, which Zosima exclaimed as God’s Word being “…for all, and all creation and all creatures, each little leaf is striving towards the Word, singing praise to God…,” was the beatific vision to which my monastic soul ascended. In my ole Evangelical parlance these words were “God speaking to me.” In recognizing my own gifts in teaching, learning about my solidarity with those in suffering, becoming an intimate counselor to friends, writing out my own theological thought, were the myriads of ways I was yearning and living into serving the world as God’s minister.

While I continued to study Dostoevsky, Russian history, and Orthodox theology from Scotland onward, the second impartation of spiritual wisdom from his novels was not to occur until my first year in seminary, prior to which I had not read The Idiot. While I had seen myself in Aloysha, I met my doppleganger in Prince Myshkin. Returning to Toronto after Scotland had led me to abide in the world with the sacramental view of creation and of God—but I still had my old Evangelical world-view of myself, which pronounced my guilt, emphasized self-doubt more than faith in God, focused on character development, and sanctified anxiety. For a monkish soul these emphases do not lead you to God, they led you further away from yourself. Prince Myshkin in The Idiot is someone whom others view as a sweetly naïve, asexual, childlike innocent, living in poverty, submitting to everyone by taking the guilt upon himself, and chaste to the point of sterility. But what is slowly revealed throughout the course of the novel is that Myshkin is not this way naturally; no, he is trying to be these things—Myshkin wants to live as if he was not affected by the Fall because he is in love with perfection. But, as Nastasya, who is well aware of her own sin, knows, “Perfection cannot be loved, perfection can only be looked at as perfection, isn’t that so?”

While Aloysha is Dostoevsky’s spiritual ideal, Myshkin is what happens when the ideal tries to be the ideal without acknowledging its own lack in need of God’s grace. While I had always thought my monkish nature was by temperament, I began to see that it was only the result of my fear that there could be no love for or redemption of that which was imperfect. I had material wants and needs, as Myshkin clearly did, showing up in Russia with nowhere to be. I wanted to go my own way and rebel, as Myshkin clearly wanted to do by manipulating others into believing in his own goodness. I had sexual desires as an adolescent, as Myshkin clearly had for both Nastasya and Aglaya. But, I knew it wasn’t virtuous to be selfish, to trust myself, and to have sexual lust, so I hid them, repressed them, and tried to live as one who was not fallen. The problem with such perfectionism, as we see in the character of Myshkin, is not only is it incapable of loving itself, as Evangelical theology wrecked my own self-esteem, but it is not truly capable of loving others, either. To love others is to love their imperfections. To enter into a real relationship of love, the highest virtue, one must take the risk of sinning. To stick up for your wants and needs is to risk being selfish; but not to is to already proclaim yourself as unworthy of love. To trust yourself and be confident is to risk arrogance and pride; but not to is to already condemn one’s own self. To seek sexual intimacy is to risk impropriety and consumptive lust; but not to is to castrate oneself.

With The Brothers Karamazov and The Idiot, Dostoevsky as a faithful Russian Orthodox believer changed my life both by the prophetic words of Father Zosima to enter into the world, which drove me into the life of ministry marked by beautiful suffering; and by the example of Myshkin’s own failure at redemption, as a challenge for me to accept my own imperfection and to risk sinning to be loving. It is not too much of a stretch to say these classic works of fiction acted as spiritual guides for my life in Christ, for which I am ever grateful.

Caleb Upton holds an MTh from the University of Edinburgh. He has recently joined the Anglican Church and is currently pursuing his MDiv at Trinity College in the University of Toronto. He has written for Political Theology Today and blogs at calebdupton. This is his second article for Orthodoxy in Dialogue.

2 thoughts on “DOSTOEVSKY AS SPIRITUAL GUIDE by Caleb Upton”