The Feast Day in the early Church was eschatological because it was the manifestation and actualization of the Church herself, as the new life, as an anticipation of the unending day of the Kingdom…. But to the extent that such a day was eschatological it was connected also with the real time of “this world,” since it was only for the sake of this world “which God so loved” that the Church was created…. Hence the significance of the early Church of a “reckoning of time,” a calendar, a correspondence between the liturgical year and the “cosmic” year…. 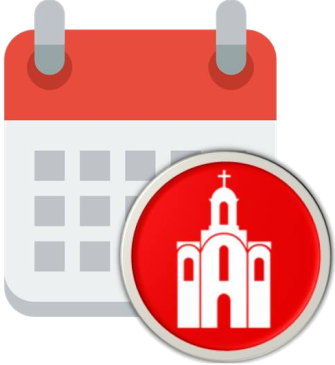 These words, from Father Alexander Schmemann in Introduction to Liturgical Theology (SVS Press, 1986, pp. 181-82), have bearing on the long-standing question of which calendar—the Old Calendar (the Julian), or the New Calendar (the Revised Julian)—is most appropriate for use in the Orthodox Church.

A fanciful scenario may be helpful to consider as we ask this question. Imagine you have been given a watch by someone you consider to be especially holy. You cherish the watch both for its usefulness and for the associations it holds for you with this saintly person. One day you notice that, when the watch says 12 noon, the sun is actually past its zenith. Do you adjust the watch, to bring it back into correspondence with the course of the sun? Or, do you refrain from doing so, believing that this would be disrespectful to the person who gave it to you? Do you imagine that this person, being holy, surely anticipated the watch’s eventual lapse in accuracy, but intended that you should continue to govern your activities by what it says, anyway? Considering this latter approach, you realize it entails that your daily routine—your sleeping, waking, and eating—will progressively fall out out of sync with the day, as it is indicated by sunrise and sunset. Incrementally, you will go to bed earlier and earlier, until sleep occurs during daylight, and waking life occurs at night. What do you do? Do you adjust the watch or not?

Implicit in this question is what you imagine to be the intention of the giver of the watch. Was this person’s intention primarily that you would have accurate means of keeping time? If so, periodic adjustment is a sensible way to honor that intention. Or, do you imagine it was the giver’s intention that the watch, in and of itself, should be the determinant of time, even when when its markings no longer correspond with the diurnal and nocturnal cycles with which it was originally synchronized?

The history of debate over whether the Old Calendar or the New Calendar is best for the Church’s marking of its fixed feasts and commemorations parallels the dilemma of this fictional scenario.

There are two important facts to note in any discussion about the calendar:

Firstly, calendars are human creations—tools by which people coordinate activities with each other and with important seasonal events. Just as the 24-hour clock evolved from earlier tools for measuring time, so calendars have evolved and assumed a variety of forms throughout history. Being tools, it is appropriate to assess calendars by asking how well they accomplish their intended function. A hammer whose head has become corroded to the point it can no longer pound nails might make an interesting museum piece, but can no longer be considered a functional hammer. So also, a calendar that does not accurately indicate the seasons it was intended to measure is no longer viable for common use.

Secondly, every astronomically-based calendar depends upon periodic adjustments, like our modern leap years, to keep them in sync with the seasons and astronomical events they are intended to measure. Lunar calendars are imperfect, because the lunar year is just over 354 days long. Without adjustment, a lunar calendar loses 11 days every year. A date that is now in spring might be in winter in a year or two, and in autumn, in a decade. Solar calendars are likewise imperfect, because the Earth requires slightly more than 365 days to go around the sun. They, too, require adjustments to remain on track. The Julian calendar, which was introduced one-half century before Christ—and was itself a revision of the Roman calendar that preceded it—had included such adjustments, but not enough to keep it from gradually losing time.

In the 16th century, Pope Gregory XIII, using a solar observatory he had built, found that the vernal equinox was occurring on March 11, instead of the expected date of March 21. In other words, the calendar’s indication for the start of spring had fallen a full 10 days behind the actual beginning of spring. To bring the calendar back into correspondence with the seasons, Pope Gregory added 10 days to the date, and established an improved system for the observance of leap years. The Gregorian calendar ensured accuracy into the foreseeable future. In 1582, the changes Pope Gregory had proposed were accepted, first by Catholic, then, more reluctantly, by Protestant countries. Orthodox countries also eventually accepted the new dating with regard to international trade and civic life, but not church holidays—until 1923, when many Orthodox Churches narrowed the divide between their civic and ecclesiastical calendars by accepting the Revised Julian calendar (a modified version of the Gregorian calendar) for the Menaion of fixed feasts and commemorations.

The analogy between the calendar and the watch of our imagined scenario is obvious. I suspect that most recipients of the watch would consider its periodic adjustment to be the best way to honor the intentions of its giver, and the most appropriate way to honor the purpose intrinsic to the watch per se. At the point the watch veers from accuracy, if not corrected, it ceases to be useful for keeping time.

In the case of the Old Calendar, perhaps it is the gradualness of its drift from accuracy that leads some to see its deviation as tolerable. More than that, its lack of synchronization with the civil calendar has even been embraced as a virtue—distinguishing the Church’s celebrations from those of the secular world. Old Calendar adherents sometimes also appeal to what they perceive as the non-canonical way in which the New Calendar was imposed upon the faithful. Without doubt, observance of the Old Calendar often corresponds with an admirable zeal and piety. As with the imagined scenario with the watch, though, we ought to be aware that unchecked attachment to the Old Calendar for reasons of piety eventually eclipses the understanding of the calendar as primarily a marker of times and seasons, at least insofar as those times and seasons are reflected in the sun, the moon—the cosmos.

Adherence to the New Calendar entails the understanding that kairos, the breaking through of sacred, eschatological time, is meant to transfigure chronos, the linear time of this world, not replace or obliterate it—and that correspondence, to the best of our ability, between liturgical time and the cycles and seasons of nature is a fitting way for the Church to recognize all of creation, space and time together, as an icon of God’s glory.

V. Rev. Isaac Skidmore is auxiliary priest at Archangel Gabriel Orthodox Church (OCA) in Ashland OR. He holds a PhD in Depth Psychotherapy from Pacifica Graduate Institute in Carpinteria CA and an MDiv from St. Vladimir’s Orthodox Theological Seminary. He practices as a licensed counselor in Medford OR. His doctoral dissertation examined shadows of Christianity as they appear in therapy and culture. He is also the author of “Beauty Will Save the Church,” which appeared in the Spring 2011 issue of In Communion, the journal of the Orthodox Peace Fellowship.