This thoughtful but somewhat cryptic essay draws attention to an issue that many feel is insufficiently acknowledged, often swept under the carpet: the pastoral malfeasance and psychic harm that many experience at the hands of the mother they love—the Church.

Theodore Lidz was an American psychiatrist who did his most compelling work in the field of schizophrenia in the 1950s and 1960s. What made Lidz’s research especially compelling was that he postulated that the primary causal factor of a mind that had been diagnosed with schizophrenia was the familial environment in which this mind was reared. If he saw the early signs of schizophrenia in a person young enough, he would explore the collective psychic environment of the family unit. Although he didn’t introduce the term, Lidz took the idea of the “schizophrenogenic mother” and spent decades explicating and exploring the concept. 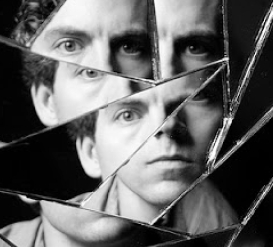 This schizophrenogenic mother—meaning “the mother who births a split mind”—had two primary characteristics: the first was that she showed signs of being both deeply disturbed as well as difficult and unengaging; the second was that she projected exaggeratedly limiting beliefs onto her children and even her spouse, and she only felt safe when their behavior and self-conception (ego) matched her own flawed conception of them, because it was within those waters that she felt safest to navigate.

Lidz refused to label schizophrenia as a permanent mental illness because he considered it to be a reactive state of the mind caused by needing to subsist in a psychically unhealthy environment. Further, he believed that this reactive state of mind could be healed.

More importantly, however, Lidz also refused to demonize these schizophrenogenic mothers, insisting that more care and energy go into the healing of the family unit together rather than isolating psyches and feeding them neurochemical reactors. Many of Lidz’s ideas achieved mainstream consideration within the psychiatric community, but were quickly dismissed as the field evolved to accept neurobiological imbalances as the primary factor in explaining mental illness.

Consider the cultural turmoil that would arise as a result of Lidz’s ideas achieving long-term relevancy: a family dynamic in which parents are held accountable for their children’s psychic manifestations, as well as a world in which parents aren’t scrutinized or criticized for their failures, but bolstered and supported to discover healing and growth within a non-judgmental environment.

The Church likens itself to such an environment: one in which human beings can come as they are, without scrutiny or judgment, to find solace, to discover compassion during periods of long-suffering, and to receive an endless amount of spiritual sustenance through the various ancient avenues it provides for its faithful.

Yet, this picture of the Church seems ungrounded. The Church is a community, a gathering of human beings who are, for the most part, barely keeping it together in life.

We all feel pressure as humans in order to grow: we are genetically encoded to need a stimulus-response, or stressor, for growth to take place. Yet, that same stimulus-response needs to put us in a state of discomfort in order for us to grow…and grow we must, for this is the essential element of the human condition: evolution.

Although wildly anthropocentric, Basil the Great’s On the Human Condition insists that humans were made from the earth, from nature, and it behooves us to work interdependently with the natural world to grow. Pressure means growth, but pressure also translates into discomfort, and discomfort brings to the fore our innumerable fallibilities, our humanness. And it is only after cultivating an intimate connection with our discomfort that we can begin to listen to it and to dialogue with it.

Yet, encountering too much discomfort too quickly can facilitate re-traumatization. Discomfort, or pain, must be explored gently, carefully, attentively. More importantly, in order for our pain to come forth and be known, it must be welcomed with an air of non-judgment and non-reactiveness, of safety and compassion. If the vulnerability required to show our pain is met with harsh judgment and defensiveness, our psyche has the possibility of splitting into a compartmentalized reality in which we cannot find our individual identity, where we hear many different and opposing voices arising concomitantly—one of the primary symptoms of schizophrenia.

The schizophrenogenic mother is a mother who militantly invades all spaces, and asserts the dominance of her limited and eschewed reality. This reality is an upshot of her own deeply-rooted fears, as well as of her failed ability to extrapolate meaning and purpose within her own individual existence.

What results from this is the mother’s inability to nurture the independence of a human being. Yet, this is the maternal vocation, and it requires a bottomless sense of compassion, vigilance, and sobriety. The healthy child continuously feels safe in returning to her mother to receive the nurturing and comfort needed to soothe what has been hurt, and to feel confident in returning to the world. If the child brings pain to her mother and the pain is rejected and obfuscated—especially if the pain is traumatic in nature—the child will develop an inability to deal with difficulties on her own, as well as the inability to find the relevancy of her own unique voice.

The Orthodox Church takes great pride in its long line of voices that witnessed to Orthodoxy in their own time and space, and made it relevant to themselves and so many others whose lives they touched—and justifiably so. The Orthodox put great faith and trust in their saints, as well as in the process through which the saints extracted the Truth within their own respective, individual truths. And this process is important to hold steadfast as true, and so faith must be employed.

However, for many, faith in the past is simply not enough. Faith is not a trust in the irrational or the unknown, but a trust that what has been heavily scrutinized will hold up during difficult times.

The Orthodox Church cannot deny the numerous spiritually disenfranchised voices, the voices that have yet to find their individuality, the voices that get lost in the inner claptrap of their own spiritual schizophrenia.

The Church, the Great Spiritual Mother, seems to have developed a schizophrenogenic nature to many who feel unsafe displaying their open sores.