We publish the present article after no little hesitation because of its focus on a specific sex act. Orthodoxy in Dialogue’s editorial policy has been to underscore the sexual intimacy of same-sex relationships without reference to specific acts. The author’s careful avoidance of being unnecessarily graphic factors heavily in our decision. We consider it incumbent on us to give voice to a wide range of opinions found among our brother and sister Orthodox Christians. 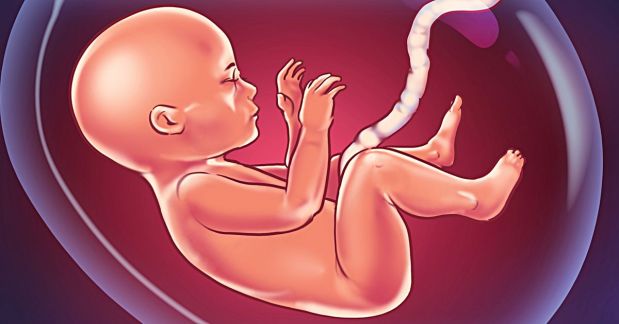 In 2018 in Orthodoxy in Dialogue I wrote about the importance of creativity for gay Orthodox Christians in overcoming limitations placed upon them by Church and nation. Drawing on the personalist philosophy of the Russian thinker, Nikolai Berdyaev, I argued that homosexuality represented an opportunity for Orthodox Christians to “activate” the ability of Christ to overcome the slavery of necessity: to become a prescriptive kind of man or woman. Being a gay Christian was a chance to exercise freedom of spirit and a kind of transfiguration of human sexuality. Being gay was a chance to become “a person.”

Times have changed somewhat since 2018, and my thinking about the subject has deepened. I now find myself working as an academic on topics to do with loneliness and belonging experienced by gays and lesbians, among others in the “LGBTQIA+” umbrella. Postmodernist approaches in the humanities, and particularly in gender and sexuality studies, have repeatedly and intensively questioned the traditional “born this way” narrative which gays and lesbians mobilised in the 1960s and 1970s to secure equal rights in countries such as the US and the UK. Skepticism of science and scientific discourses has succeeded in overturning patriarchal assumptions about a woman’s “natural role,” and has accelerated feminist attempts to root out forms of sex-based oppression targeting women’s reproductive status.

To my mind these developments, especially for women, can only be a good thing. But now some gay men and lesbians find themselves in a strange predicament, where their same-sex attraction is being undermined by well-meaning attempts to emphasise “fluidity” of sexual orientation and its social or cultural “construction.” The difficulty here is that, once you admit that sexual orientation is “constructed,” you can presumably use this logic to “deconstruct” it as well. Or, to put it another way, if your sexuality is not actually “hard-wired” within you, it can be changed or made to conform to a pattern deemed more acceptable.

The reluctance on the part of humanities academics to keep abreast of the latest scientific research by sex researchers employed in psychology or medical departments is troubling, to say the least. The overwhelming consensus is that sexual orientation is hard-wired within us, that homosexuality can be predicted from a young age especially by evidence of gender nonconforming (effeminate/‘tomboyish’) behaviour in boys and girls, and that attempts to change someone’s sexual orientation or socially manipulate their masculinity/femininity/effeminacy are largely futile at best and morally egregious and damaging at worst.

In 2018 I was emphasising the importance of Orthodox Christianity in challenging assumptions about what is “natural” for a man or woman in terms of their sexual orientation and masculinity/femininity—particularly in countries like my own Romania. It now seems expedient to probe deeper into what we mean by “natural,” and to argue that Christians—particularly those in Orthodox countries where there are prescriptive notions of what it means to be a man or a woman—would do well to pay attention to how science can strengthen our theological and spiritual ruminations on being Orthodox/Christian and gay. We need to expand our idea of what “natural” encompasses.

My own spiritual and theological reflections on being gay and, in my case, being an effeminate bottom, or sexually receptive (the most stigmatized of gay “identities”), stem from Psalm 139. Here, the psalmist talks of being “fearfully and wonderfully made” (v. 14). God was present with the psalmist while he was still in his mother’s womb (v. 13); his “substance was not hid from Thee” (v. 15); in God’s books were all the psalmist’s “members written, which in continuance were fashioned” (v. 16). The psalmist praises God for his being “curiously wrought” (v. 15).

I think many gay and lesbian Christians will have felt at some time in their lives as if they were “curiously wrought.” We know, perhaps always have known, that we were unlike others. Research shows that gay men were often effeminate as boys, and that pressures to defeminize during adolescence can be strong due to bullying. Those gays who either refuse to or who are simply unable to defeminize are marginalized not only by non-gay people, but also within the gay community itself.

Effeminate gay bottoms are especially misunderstood. On the one hand, our gender nonconformity is deemed unattractive by other gays; on the other hand, our effeminacy and sexual receptivity combine to assert a stereotype about being feminine/effeminate that other gay men would happily see consigned to the dustbin of gay history: the assumption that gay effeminacy automatically means you are a bottom.

Psalm 139, however, allows for considerable variation in what is considered “normal” or “natural”—especially, I would argue, for gay men. It is clear that at least some gay men are naturally more gender-nonconforming/effeminate than others—and that some gay men are drawn to adopt the receptive or bottom role in sexual relations with other men; frequently, the two go hand in hand. This needn’t be rejected or feared.

According to one study, there is a 30% overlap between the sexes in terms of gender expression (how masculine/feminine someone is). Some men are “naturally” more “feminine” or effeminate than most women, and some women are “naturally” more “masculine” or butch than most men. Not all will be gay, although many such people will be, and they will also be markedly gender-nonconforming. Effeminate gay men are also more likely to be bottoms.

My personal stance on these facts is to reflect on the way in which Christian faith—and especially Orthodox perspectives—can draw nourishment from scientific research that emphasizes the diversity of gender expression within a “normal” range of sex-based behaviour, and to encourage acceptance of different combinations, even when they are politically or ecclesiastically inexpedient. This range of gender expression within the sexes is perhaps broader than many of us have previously thought.

For some in Romania (and other Orthodox countries), I and others like me are considered an aberration—not only for being homosexual, but also for being effeminate and sexually receptive. Sodomite, faggot, catamite: the slurs are endless, targeted especially at the effeminate and sexually “passive” among us. This is the “woman’s role.” To be sure, from a scientific perspective, being penetrated is more typical sexual behaviour among females. But it can hardly be considered “unnatural,” given the extent to which it occurs among gay men.

A Christian interpretation of all this has to build a delicate synergy of creative thought applied to a broad range of something which is already “natural.” Rather than thinking of Christianity as something that somehow is in battle with the natural (as I seemed to imply in 2018), I would suggest that Christianity can transfigure and creatively direct what is “given” to us or “hard-wired” within us. I especially like the words “which in continuance were fashioned” from Psalm 139. There is a process at work here, a partnership between us and the Spirit, to become fully “person,” as Berdyaev would say.

All of us are fearfully and wonderfully made. No exceptions. Perhaps fearfully here also means a step into new territory, avoiding the excesses of postmodern constructionism, which for me threatens to undermine our hard-won victories for public recognition as gays and lesbians, but also rejecting the reification and limitation of what is “natural” suggested by Church and nation. Not all men are “meant” to be muscular Christians eschewing effeminacy, remaining impenetrable. For Orthodox Christians, science and faith are handmaidens in developing deeper understandings of gender and sexuality. “Born this way” can take on new dimensions.

Dr. Richard Vytniorgu holds a PhD in English Lietarture from De Monfort University in Leicester UK. His doctoral studies were funded by the Arts and Humanities Research Council. He is currently a postdoc at the University of Exeter, where he also teaches 19th-century literature and supervises dissertations on gender and sexuality topics. In addition, he is working on two projects related to loneliness and belonging. From 2019 to 2021 he was a postdoc at the University of Nottingham, where he worked on impact and engagement activities on a project about eating disorders in men. His first book, The Butterfly Hatch: Literary Experience in the Quest for Wisdom—Uncanonically Seating H.D., appeared in 2019. He also reviews books for The Lady magazine. You can follow him on Twitter and visit his website, Dr Richard Vytniorgu.

Click here for information on how to support Orthodoxy in Dialogue as a Patron.

One thought on “FEARFULLY AND WONDERFULLY MADE: WHY GAY CHRISTIANS NEED SCIENCE AND FAITH by Richard Vytniorgu”