Orthodoxy in Dialogue publishes Archbishop Lazar’s brief reflection as the first contribution to our new Faith and Politics series. Orthodox Christians, Christians of other ecclesial affiliations, religious believers other than Christian, agnostics, and atheists are welcome to submit thoughtful, nonpartisan essays on the proper place of religion in the public life of modern, secular, pluralistic, 21st-century democracies. How do faith communities and individual citizens of faith bring the light of their beliefs to shine in the public sphere without resorting to theocratic, theonomic, coercive, or otherwise self-serving methods? What values and principles should guide voters of faith living in representative democracies? These are the kinds of questions on which we would like to share your insights with our readers around the planet. 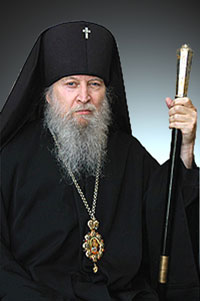 Religious entities which lobby for legislation to favour themselves or to disenfranchise others should in no way be exempt from all legislation pertaining to lobby groups, and to forfeit their tax exempt status. There is no reason why religious bodies should be exempt from laws which govern everyone else.

Generally, when religious groups lobby about “religious freedoms” anywhere in North America, they are striving to deprive others of their liberties, and want legal authority to do so.

If we were to restore school prayers, then it cannot be only Fundamentalist Christian prayers, but must include also Muslim and Jewish as well as Orthodox Christian prayers. This certainly means providing for the purification rituals of Jews and Muslims that are required of them before their prayers. It certainly must include the Orthodox version of the Lord’s Prayer and mention of the Most-Holy Theotokos.

If Christian prayers are going to be public and broadcast on the school’s intercom system, then surely in those schools where there is a Muslim minority, Muslim prayers must also the broadcast in the same manner and given equal time, otherwise we are curtailing religious freedom rather than advancing it.

We also should allow nonreligious people to exit from all classrooms where prayers are being carried on or broadcast if they wish to, otherwise we are interfering with their religious freedom—religious freedom must include freedom from religion, and honour and respect that.

We cannot allow the assertion of freedom for only one religion or a sect of one religion, while depriving the freedom of other religions or those who have no religion and do not wish to participate.

Otherwise we are simply not a democracy and have no claim to constitutional freedoms and liberties, and we can only say that we have destroyed religious freedom under the pretext of vouchsafing it.

Archbishop Lazar (Puhalo) is a retired hierarch in the Archdiocese of Canada of the Orthodox Church in America (OCA), founder of All Saints of North America Monastery in Dewdney BC, and author of On the Neurobiology of Sin. His previous writings for Orthodoxy in Dialogue can be found in our Archives 2017-19 and Archives 2020.

One thought on “FREEDOM OF RELIGION…FOR WHOM? by Archbishop Lazar (Puhalo)”