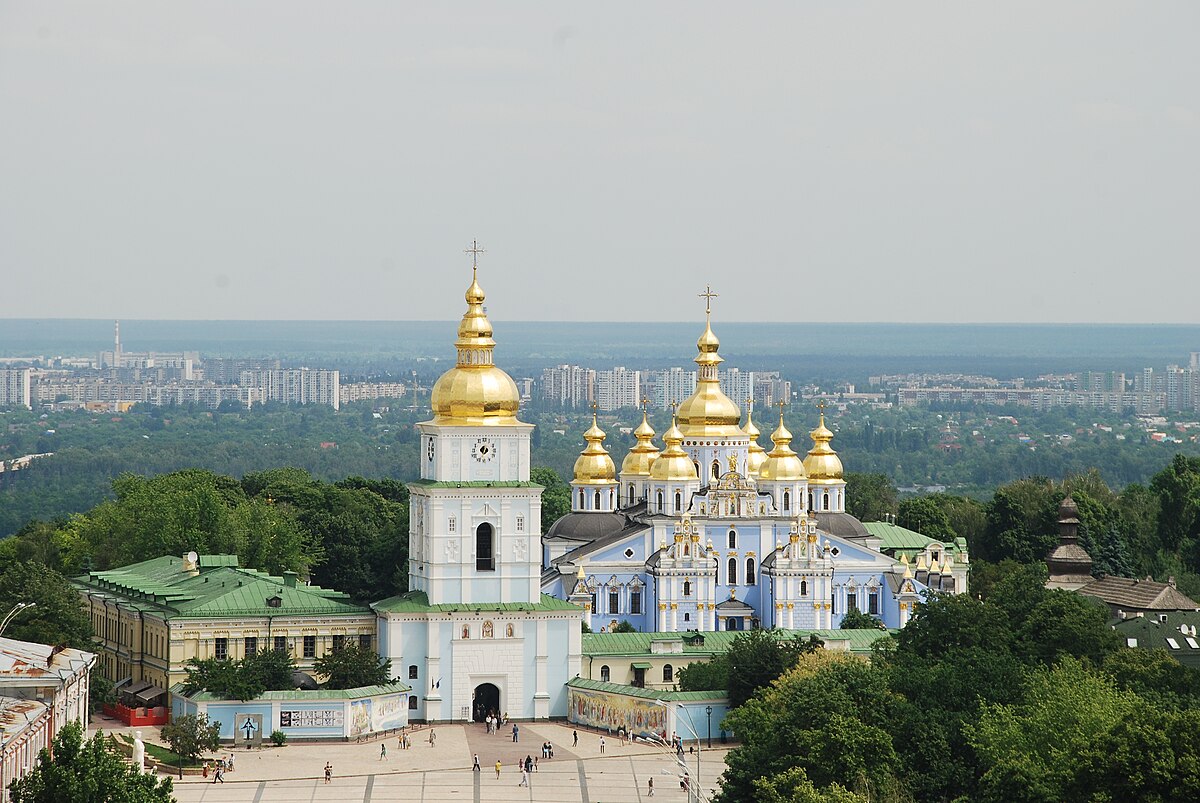 Ukraine comprises a majoritarian Orthodox Christian nation where more than half of the population regards the recent creation of the autocephalous Orthodox Church favourably. In this light, it defies the imagination that Ukrainians should deliver virtually three-quarters of their vote to a Russian-speaking Jewish comedian from a party named after his television show and having no political experience and no discernible policy platform—over against an Orthodox incumbent whose central role in securing the Church’s independence from Russian control was abundantly chronicled in photo op after photo op, from the Phanar to Kyiv and beyond. Orthodox observers in the West who support both Ukrainian statehood and autocephaly, but who cringed when the Ecumenical Patriarchate’s exarchs christened Mr. Poroshenko “the new St. Volodymyr,” must feel their embarrassment all the more acutely after the president’s humiliating electoral defeat. They might also feel a tinge of schadenfreude over his failed appropriation of the Church as an electioneering prop. (I covered some of these concerns previously here.)

This is not to suggest that Mr. Zelensky represented the better of the two seriously flawed candidates who made it to the runoff. We can have little idea of what to expect in general from a Zelensky presidency, and in particular from his dealings with the two Orthodox entities competing on Ukrainian soil—the autocephalous Ukrainian Church and the Russian Church, the latter widely viewed as the Kremlin’s bedfellow.

Yet Zelensky’s victory suggests two areas for cautious optimism for Ukraine, the one political and the other ecclesiastical:

First, Ukrainians have roundly rejected the Putinist model of a pseudo-tsar as president-for-life. The Ukrainian national mythology revolves not around the figure of the tsar, but of the popularly elected—and disposable!—hetman. The democratic impetus that seems so innate to the Ukrainian soul—for all the stumbles along the way toward its aspirations for a truer and fuller democracy—is enshrined in a national anthem that ends with the triumphant shout: “And we, brothers, will rule in our own land, and show that we are brothers of the Cossack nation!” Already Ukrainian democracy works far better than Russian “democracy” ever conceivably could. (Case in point: Poroshenko’s gracious concession when he saw the writing on the wall.)

Second, the fact that the overwhelming majority of Ukrainians—most of whom are Orthodox—do not require even a Christian president, let alone an Orthodox one, should ring out loud and clear as a wake-up call to the new Orthodox Church of Ukraine. The Primate, the bishops and clergy, the monastics and laity, all should welcome this as a positive step in the right direction toward greater separation of church and state—or rather, toward a more proper, more fruitful relationship between church and state adequate to the 21st-century Western nation that Ukraine aspires to become. Rather than rely on state power to make Ukraine more Orthodox, the Ukrainian Church must renounce worldly power and manifest herself as a gentle partner with the state to make Ukraine more just—for all citizens, regardless of religious affiliation, ethnic and linguistic origins, socioeconomic status, political persuasion, sexual orientation, gender identity, etc. In this way the Church reveals—subtly, invitingly, and not coercively—the attractiveness of the Gospel and of a spiritual manner of living not for oneself but in humble service to others precisely in their radical otherness.

This calls for nothing less than a new, post-imperialist political theology, produced by and for the 21st-century Ukrainian Orthodox Church, yet in a collaboration of humility and love with Orthodox theologians and thinkers from around the planet. What works in the West, with its tiny minority of Orthodox Christians, might not fit unmodified in Ukraine, with its solid majority of Orthodox Christians. Yet we can meet together, learn from each other, borrow from each other, support and encourage each other.

Orthodox Ukrainians must not listen to the voices from Moscow and its puppet churches (the OCA, ROCOR, et al.): you have brothers, sisters, and friends around the world who stand in solidarity with you, more of us than you probably imagine. We are here for you.

This article appeared earlier today at the Kyiv Post.

Giacomo Sanfilippo is an Orthodox Christian of Ukrainian and Lemko descent on his mother’s side, PhD student in Theological Studies at Trinity College in the University of Toronto, founding editor of Orthodoxy in Dialogue, and contributor of religious commentary at the Kyiv Post. Follow him on Twitter at @GiacomoSanfili1.

You are still encouraged to contact us if you wish to write for us during this time.

A most blessed Holy Week to all our Orthodox brothers and sisters around the world.