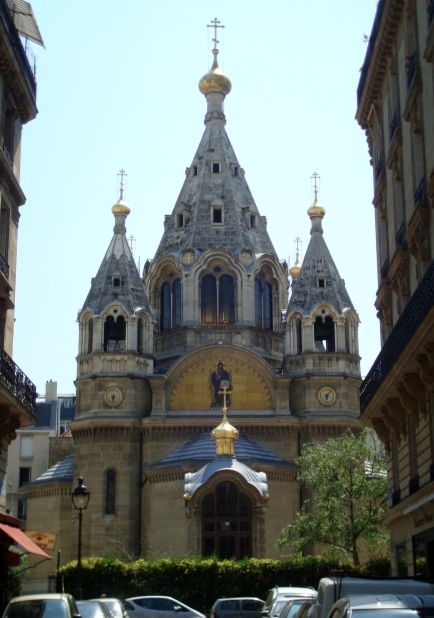 Communiqué of the Archdiocesan Council – November 30, 2018

The Archdiocese of Russian Orthodox Churches of Western Europe, which constitutes one of the oldest Orthodox ecclesial entities in our regions, was placed under the pastoral responsibility of Metropolitan Evlogy (Georgievsky) by St. Tikhon, Patriarch of Moscow, by decree of April 8, 1921. Cast into exile by the Bolshevik Revolution, the Russian emigrants established, with faith and courage, an ecclesial presence founded on the major principles of the unfinished Council of Moscow of 1917-18. Established first in Berlin, the see of the Archdiocese was transferred to Paris, to the Cathedral of St. Alexander Nevsky, where it assumed the form of an association in accordance with French law, composed of communities and parishes established in France and throughout Western Europe: thus it remains to this day. The statutes of this association—The Guiding Diocesan Union of Russian Orthodox Associations in Western Europe—were submitted to the prefecture on February 26, 1924 and are still in force today.

By its very unexpectedness the synodal decision of the Patriarchate of Constantinople to revoke the Tomos of June 19, 1999 calls us to a deep reflection within the Archdiocese. Nevertheless it is essential not to respond violently to this decision. In fact, as the Orthodox ecclesiology of such great contemporary theologians as Metropolitan John (Zizioulas) of Pergamon or Father Nicholas Afanasieff teaches, it is around their diocesan bishop that communities and faithful constitute the Church in her catholicity.

[A lengthy passage from Zizioulas ensues, which concludes: “Does a council or synod constitute a structure situated above the bishop? The answer to this question can only be negative from an ecclesiological point of view.  Ecclesiologically speaking, there is nothing higher than the bishop in the Church.]

Consequently, in order to allow the authentic voice of the Archdiocese to emerge, we must remain united around the ruling Archbishop, His Eminence John of Charioupolis. In faithfulness to the original identity of the Archdiocese, this consultation around the ruling Archbishop will take place within the organs instituted by our statutes which were approved by the Holy Synod: first within each parish or community, but also in the statutory clergy-laity assemblies. Any ecclesial decision, in order to take effect, must be formally received by the entity which is subject to the decision, particularly when the decision was not solicited by those who must execute it.

Having put down deep roots in the societies of Western Europe, the Archdiocese has assimilated certain elements of Western culture, notably an attachment to democratic values, to the fundamental rights of the person, and to the freedom of each individual, as well as to the principle of open debate prior to any decision.

Clergy and communities who would like to leave the Archdiocese to join another episcopal jurisdiction will have to proceed according to canonical order and request release from His Eminence John of Charioupolis, ruling Archbishop. Our preference, however, goes to consultation and dialogue in truth, in a regular deliberative assembly of the whole Diocesan Union.

At the canonical level it is important to clarify that Archbishop John, as ruling Archbishop, requested neither the abrogation of the status of Exarchate nor his own retirement. He therefore remains fully in pastoral charge of the Russian Orthodox Churches of Western Europe. While waiting for the response that Archbishop John of Charioupolis will be able to make to His All-Holiness, Ecumenical Patriarch Bartholomew of Constantinople, and to Their Eminences the Members of the Holy Synod, as the fruit of the transparent procedure set forth above, the clergy of the Archdiocese are invited to continue the following liturgical commemoration: “For His All-Holiness, Ecumenical Patriarch Bartholomew of Constantinople, and for His Eminence, Archbishop John of Charioupolis, ruling Archbishop of the Russian Orthodox Churches in Western Europe.”

With confidence in the action of the Heavenly King, the Comforter, the Holy Spirit, we invite all the faithful to pray for the prosperity of all the Churches of God.

The above communiqué appeared in French on November 30, 2018 on the website of the Archdiocese of Russian Orthodox Churches in Western Europe. Translated by Giacomo Sanfilippo.

For a related article see Orthodoxy in America: Broken Promises and Shattered Dreams?

6 thoughts on “RUE DARU RESPONDS: COMMUNIQUÉ OF THE ARCHDIOCESAN COUNCIL OF THE RUSSIAN ARCHDIOCESE OF WESTERN EUROPE”