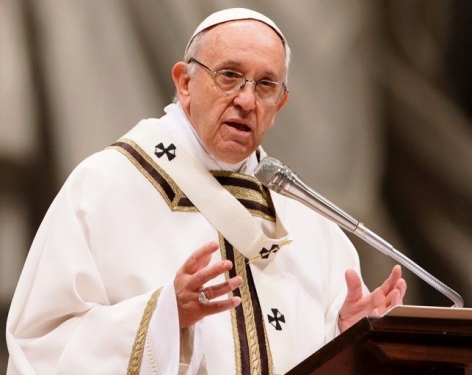 The most recent revelations of sexual abuse in the Catholic Church highlight the shadow side of celibate male clerical culture. They reveal the scandal of a publicly vowed celibate life contrasted by the hidden shadow side of sexual misconduct and violence against the most vulnerable. These priests’ public personas as celibates do not match with their dark, criminal activities.

Carl G. Jung gave us language to understand this unintegrated shadow side and its pernicious potential. In 1938 he wrote:

Everyone carries a shadow, and the less it is embodied in the individual’s conscious life, the blacker and denser it is. If an inferiority is conscious, one always has a chance to correct it…. But if it is repressed and isolated from consciousness, it never gets corrected. (Psychology and Religion)

As painful and embarrassing as the current headlines prove to be, they remain a chance to correct and make whole again priestly culture and church leadership. When Pope Francis wrote in response to the scandal, “We feel shame when we realize that our style of life has denied, and continues to deny, the words we recite,” he demonstrates that he understands something of the need to own and make conscious this shadow side of clerical culture—what he names as “our style of life.” Bringing it to consciousness is the first step in the process of healing and holistic integration.

Publicly vowed celibacy has the potential to create safe space in church communities. With celibate individuals, people should have the opportunity to enter into relationships with them knowing that the entanglements of sex and romance are off the table. Peer adult relationships with celibates should be free of the machinations and posturings of sexual and romantic potential.

Likewise, one would expect children to be safe with vowed celibates. Celibacy has the potential to create safe and sacred space where the church community has the expectation that sexual potential is bracketed, not a risk or dynamic of the developing relationship. Authentic celibacy creates a safe space and relationship potential that is rare and unique in contemporary society. Betrayal of this sacred trust is the antithesis of the redeemed relationship potential which celibates are meant to embody.

Historically, celibacy also offered a critique to patriarchy and heteronormativity. A celibate life and same-gender community offered generations of women an alternative to male-headed households and marriages. In a Church which highly valued virginity and celibacy, a path was opened to individuals for whom heterosexual coupling was incongruent with their psychosexual identity. Celibacy reminded society visibly that authentic human identity transcended a heteronormative construct which would otherwise insist on an identity necessarily dependent upon being in relationship with an opposite-gendered individual. There are those who choose to live like eunuchs for the Reign of God… (Mt 19:12). The eschatological vision of Christianity is human nature fully realized by the Incarnation, not by a proposed identity needfully constructed and contingent upon paired heterosexual relationality.

The Second Lateran Council in 1139 imposed the discipline of celibacy upon the sacrament of priestly ordination. This pairing of the priesthood and celibacy was itself meant as a corrective to the patriarchal inheritance practice whereby the sons of priests might inherit church properties. In theory, a celibate priesthood forestalled any such possibility. While remedying the inheritance problem, this change in discipline did not address the pneumatic reality that the sacrament of ordination is not always paired with the gift and vocation of celibacy. I suspect and hope that Pope Francis was pointing toward this reality when he wrote “that our style of life has denied, and continues to deny, the words we recite.”

However, I suspect that the Holy Father also is referring to the shadow side of celibate male clerical culture, which hides knowledge of active sexuality among its members and keeps it secret. This open secret in the Catholic Church contributes to the festering of the abuse scandal. This unspoken code of mutual silence covers a multitude of widely varying circumstances. It governs consensual relationships between priests and adult individuals, but disastrously gets applied equally to situations of statutory rape of minors. This code of silence blindly looks away with the understanding that “I’ll keep your secret, if you’ll keep mine.” The unforeseen outcome of a prescription of celibacy for all priests is a culture of mutual silence-keeping among those who cannot live up to the standard and do not have the gift of celibacy.

Unfortunately, gay priests get mired in blame in the current crisis. Celibacy has historically offered a realizable option among church vocations for its LGBT members instead of a disingenuous heterosexual life of falsehood and pretense. With no validated alternative model for LGBT Christians, it is little wonder that gays and lesbians have gravitated toward recognized, celibate vocations. In some corners, gay priests are being blamed for the current crisis.

But it is a grave injustice to confuse homosexuality with pedophilia. Pedophilia is a recognized, pathological disorder and clear avenue of violence and abuse when acted upon. In contrast, homosexuality is a known and nonpathological variant of human sexuality. Because pedophilia can be exhibited toward same-gendered individuals, people not infrequently confuse pedophilia with homosexuality. The two are not the same; the reality of a victim in pedophile behaviors starkly highlights the clear difference. Pedophilia is a pathology with demonstratable victims. Decades of psychological literature and research bear out these essential differences.

However, at times the code of silence in clerical culture has been extended to cover both circumstances: silence about sexually active gay priests and pedophile priests. Silence also exists for sexually active heterosexual priests, but blame in the current crisis is not assigned to them. A church which keeps gay priests closeted and in the shadows creates a clerical culture of secrets and repression, rife with the potential for victims, abuse, and scandal. That which is not integrated and made conscious inevitably gives rise to a shadow, dark side.

A trusted Jesuit friend in the Midwest told me about how his community brought in an outside professional consulting firm to assess their community and make recommendations for improvement. My friend, himself a gay priest, related how at the assessment’s conclusion, the community was assembled and brought together for the firm’s summation report. There were minor, not unexpected recommendations, but their ultimate conclusion was that the community had within it many gay members, and that hiding this unacknowledged reality sapped much energy and sidelined a potential resource and strength for the community.

My friend related to me that, upon this bombshell finding’s disclosure, an elderly priest sitting next to him leaned over and whispered, “Do you know any gay priests among us?” to which he instinctually answered, “Oh no, Father!” My friend related this incident to me laughingly, but it is a tragic comedy which painfully illustrates the depths of closeted culture and institutional repression in the priesthood. Even in the face of overt evidence to the contrary, he felt the instinctual need to slam closed the closet door and seal it over with a respected veneer of heteronormativity.

This reaction illustrates the tendency to reinforce and institutionalize a culture of shared, complicit secrecy and a hidden, shadow subculture. It gives rise to an unspoken umbrella assumption that secrets among peer “celibates” will be mutually kept because all are equally at risk of exposure if the truth be known. A church which devalues the gifts and vocations of its gay priests fosters an unhealthy and pernicious atmosphere which perpetuates and amplifies the shadow underside.

Yet if the Church was in the business of sending people to the moon, and it depended upon Scripture as the blueprint to predict the required trajectory from the earth in this geocentric model with its circling moon, sun, and stars, it would take pause after several failed expeditions and entertain the possibility that, perhaps, the model itself was flawed. Eventually, with science, observation, failure, and retooling, it would conclude that the geocentric model was inaccurate, and in a “Galileo moment” realize that our solar system is heliocentric. Then we might reach the moon.

However, after years and years of sexual abuse scandal across the globe, the Church appears still reticent to consider that, perhaps, its model of human sexuality is outdated and at least partially at fault. We now have well over a century of research and learning on human sexuality. What we lack correspondingly is a theology and lived praxis of human sexuality which integrates and develops this science.

Until and unless we integrate the science of human sexuality into our theology and church praxis, we will continue to see scandal, and a ballooning shadow side festering in the Church. Science here must not solely be a maidservant of theology, but a full-fledged peer and partner. If we believe in the scope and efficacy of the Incarnation, then knowledge of the human condition is itself revelatory.

We have an opportunity for a more holistic integration and remedy in the current crisis if we choose to accept it.

On the topic of the Roman Catholic Church’s sexual abuse crisis see also our articles by Gilles Mongeau, SJ, Sarah Gregory, and David Byrne, and articles from a victim’s perspective by Teresa Hartnett in our Archives by Author.

Kevin C.A. Elphick holds a DMin from Graduate Theological Foundation with a concentration in ecumenism. Earlier he obtained an MA in Franciscan Studies from St. Bonaventure University and an MA in Religious Studies from Loyola University in conjunction with a joint studies program at Spertus College of Judaica. He is a Companion of New Skete, and works as a supervisor with a suicide prevention hotline serving veterans and active duty members. He has written previously for Orthodoxy in Dialogue.

One thought on “CLERICAL CULTURE, CELIBACY, AND THE SHADOW SIDE OF THE SEXUAL ABUSE CRISIS by Kevin Elphick”