This article is four years old. It remains as relevant today—if not more so—as it was in 2014. The final paragraph offers preemptively a stark counterpoint to the escapism that The Benedict Option seems to recommend three years later. Orthodoxy in Dialogue stands at the ready to host the critically important dialogue to which Father Herbel invites his readers in his conclusion. 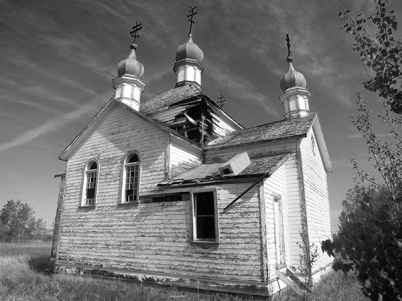 A recent [March 30, 2014] Pappas Post article has highlight that 90% of people in America with Greek heritage are no longer Greek Orthodox. It has been making rounds amongst Orthodox and seems to be stirring up some amount of surprise. Frankly, I’m not so sure it should surprise us. It may surprise us because in many Greek parishes Greek heritage is emphasized. It may also surprise us because Orthodox literature since the 1980s has tended to overemphasize (in some cases simply exaggerate) the movement of converts entering into American Orthodoxy. Converts have been a significant movement within Orthodoxy. Given my most recent book on this very topic, I would be the last person to deny that. However, if one reads the introduction even in there, one will realize that Orthodoxy brings in about as many as it loses. Our growth, to be blunt, seems statistically insignificant. That there is growth may be a good thing, but we also need to be honest about the losses. So, if we’ve done our research, we shouldn’t be surprised to learn of losses.

So, what seems to be happening? Well, one factor mentioned in the article was the high percentage of Orthodox marrying outside the Orthodox Church. In America, marrying someone of another faith, especially of another form of Christianity, is quite common. So that this happens shouldn’t surprise us either. If one reads the article carefully, one will note that what starts out blaming inter-faith marriages turns into a call for Orthodox to make our parishes more open and loving to inter-faith families and to find a way to engage the contemporary world.

This is most certainly true. My own anecdotal experience includes a similar observation. I have filled in temporarily at various churches during my career, so I won’t say where I saw this, but I know of one church where several middle-aged children dropped their elderly parents off for Liturgy. They told me they left the Orthodox Church when they married Catholics because they felt Catholicism was more American. If we Orthodox can set aside our triumphalism for a few moments, I think we’ll find that what is happening in such cases speaks to a truth. I also think that we have before us the elephant in the room. People are leaving our church and are leaving in droves. My prediction is that unless we get another large convert movement into Orthodoxy, we will find our gains in the 1980s and 1990s were simply the “one step forward” to our “two steps back.” We even have a seminary of a particular jurisdiction with a monastery and I have been told that in terms of numbers and participants, it is a shadow of what it used to be (even while still functioning well enough overall for the moment). This is not just a Greek problem. It is an American Orthodox problem and the solution is not to make Orthodoxy an increasingly niche religion.

One immediate response might be to instigate an ad campaign, along the lines of Catholic Come Home. In fact, I have heard this suggested by both older priests and by Evangelical converts to Orthodoxy. I’ll spare the reader my opinion on advertising church for the moment simply to say the Catholic ad campaign has not worked as intended. A quick fix won’t work, especially since the problem hasn’t been an immediate and recent one. As the Pappas Post notes, Greeks have been leaving since the early 20th century, but earlier on, immigration influx obscured this reality. Nor is the solution going to be a political fix.  I am aware of internet bloggers who nearly equate Orthodoxy with a particular political party. God forbid!

The solution is one that requires at least three things, I think: prayer and fasting, a willingness to engage society rather than retreat from society, and deeply patient love, so that we love all around us and our fellow Orthodox and have patience for discernment as we move forward. I have some concrete thoughts on various aspects, but I’ll end here, promising I’ll say more about American Orthodox pastoral realities in the future and inviting people to enter into a dialogue. If you’re Orthodox, what do you think we can do that would truly address (and not retreat from) this problem? If you are not Orthodox, what would you recommend?

Father Oliver Herbel holds a PhD in Historical Theology from St. Louis University and has taught at Minnesota State University, Concordia College (Moorhead MN), and St. Louis University. He has written two books (the most recent Turning to Tradition: Orthodox Converts and the Making of an American Orthodox Church, Oxford University Press, 2013) and several articles, book chapters, review articles, reviews, and reference entries. He has served as a United States Air Force chaplain since 2013.