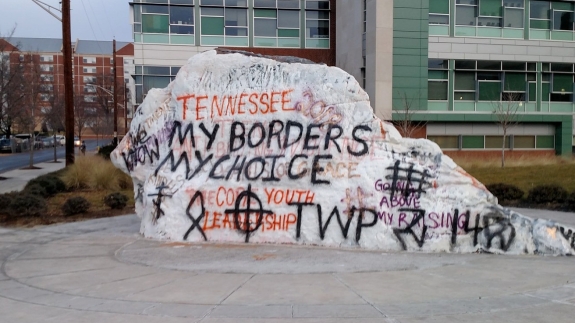 Five weeks ago tomorrow, on January 22, we published our Open Letter to the Assembly of Canonical Orthodox Bishops in the United States of America, drawing attention to the looming spectre of white supremacy, neo-Nazism, and hate groups in our Church, our parishes, our seminaries, our monasteries. To date this letter has been signed by three archpriests, four priests, a protodeacon, two deacons, an Anglican canon, an Old Catholic priest, four editors of Orthodox theological publications, theologians, and laymen and laywomen around the world. Signatures continue to trickle in even now.

As additional information has come to our attention from within and outside the Church, we published sequels—beginning with an alarming letter to the editors—on January 24, January 25, January 27, January 31, February 8, February 9, February 14, February 16, February 19, again on February 19, and February 20. White Supremacy and Racism now has a separate category in the upper portion of our Archives by Author page, before our alphabetical list of authors.

Our Open Letter and related posts have been viewed over 10,000 times. They have been shared and discussed on thousands of Facebook timelines and in numerous Orthodox Facebook groups—not the least of which, Orthodoxy in Dialogue’s own Facebook group—as well as on Reddit, Christian Forums, and some smaller platforms. They have also been tweeted and retweeted.

More significant than those who have signed are those who have not because they fear for their lives at the hands of their Orthodox brethren. We know this because they have written to tell us. To be clear: they already personally know the people who make them afraid. This is no imaginary fear of an imaginary bogeyman. Several have asked to sign our Letter pseudonymously because they are afraid.

We have heard from Orthodox individuals and families of colour and Orthodox interracial families who are afraid and who wonder if they must leave the Church for their own safety.

One of the above instances involves an interjurisdictional case, that of a seminarian of one jurisdiction—widely known for his white supremacist views—boasting to an abbot in another jurisdiction that he would lie to advance his goals. This conversation took place on a Facebook timeline. We sent a screenshot to the seminary, the abbot, and the abbot’s bishop. Our sources assure us that the anonymous confession/retraction posted by this abbot to his extremely populous Orthodox Facebook group belongs to this self-identified liar.

Another instance involves a photo of a man at his baptism with his godfather, in a parish of the same jurisdiction as the abbot and his monastery, and other photos of the same two men at white supremacist events. These photos have not yet been provided to the parish priest and his bishop.

For the time being, we have avoided naming names publicly.

Five weeks ago Arthur Hatton asked in our Open Letter:

Why is a symbol of my faith being used alongside Nazi and White Nationalist symbols, and what is American Orthodoxy going to do about it?

Still we have no answer.

Contact us at editors@orthodoxyindialogue.com if you need help finding your bishop’s or a seminary’s email address.