This abridged translation was made by Dr. Ioannis Lotsios of the University of Thessaloniki. The Greek original appeared on March 5 on the Panorthodox Synod blog.

Orthodoxy in Dialogue has introduced a few minor modifications to the translation for the sake of clarity and stylistic consistency. 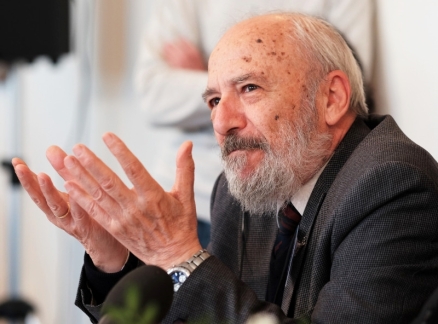 The concept of identity, which is very often used today by scholars, is quite ambiguous. Previously, identity was considered a given. But today, due to the research of the social sciences—though their findings are still questioned by some—it is argued that all identities are “constructions.” This is why we talk about “shaping” the identity of a person or group in the sense of a dynamic process through which the identity of the individual or group is constantly formed by their environment, thereby developing a new ethos. Modern and postmodern ethics, in many ways, attempt to impose an inclusive ethos, while traditional societies—and especially religious ones—advocate an exclusive ethos. The inclusive ethos seeks to integrate a group into its social context, which it often attempts to shape. The exclusive ethos seeks [to maintain] the necessary distance through persistence in traditional values: this is because any “construction” has anthropocentric features, and sometimes it conflicts with eternal or changeless truths.

There are of course cases, even in the New Testament texts, where the ethos of one or another group is mixed, with its “exclusive” side tracing the “limits,” considering everything else as being on the outside, heretical, etc., while its “inclusive” side expresses the manifold, and constantly evolves.

Dr. D.S. Athanasopoulou-Kypriou in her book, To the Limits: Gendered Studies of Christian Presence, History, Crisis, and Hope (Athens 2016), deals with this issue from the point of view of Christian witness. I subscribe to her effort, since in my academic career I have also tried to introduce sociological and feminist interpretations, areas if not entirely unknown in the field of biblical exegesis, at least—for the Orthodox tradition—“to the limit.”

About half a century ago Hélène Cixous and Catherine Clément, in their work, The Newly Born Woman (1975 in French as La jeune née, 1986 in English), gave a backdrop to the context in which the Church is called upon to give her witness on social and moral issues:

It is impossible to predict what will happen with sexual variations in the future, in two hundred or three hundred years. One thing should not be forgotten: men and women are involved in a web of centuries of cultural determinations that are almost impossible to analyze in their complexity. It is now impossible to talk about “woman” or “man” without being trapped in an ideological theater, where the multiplication of representations, reflections, recognitions, transformations, distortions, constant change of images and fantasies, cancels any appreciation in advance.

After World War II, new ethical issues have arisen, forcing the Christian world, and especially theology, to respond sentimentally, mostly in an apologetic tone, ignoring most of the time the newest findings of science. This change in morals was particularly evident in the United Kingdom, due to the notorious Kinsey Report that resulted in the repeal of the Sexual Offenses Act of 1967; and in the United States early in the 1970s, when all laws that categorized homosexual activity as a criminal offense were abolished. Today there is a clear distinction between what is a sin and what is a crime: adultery has always been a sin, but in most countries it is not an offense punishable by law. Rape, on the contrary, continues to be both a sin and a crime.

(a) A theological redefinition of “human sexuality”

In a “Letter from Sheffield,” where a Christian conference was convened at the beginning of the Ecumenical Decade, “Churches in Solidarity with Women” [1988-1998], a statement was formulated which said: “We welcome the recognition that human sexuality does not contradict (Christian) spirituality, which is unified and concerns the body, the mind, and the spirit in their entirety…. Unfortunately, sexuality itself has been for centuries and continues to be problematic” (Connie Parvey [eds.], The Community of Women and Men in the Church: The Sheffield Report, Geneva, WCC 1981, pp. 83f).

In the Bible, of course, human beings are not determined by their nature, but by their relationship with God and with their fellow human beings. Therefore their salvation is not achieved through any denial of the body, including sexuality. Moreover, the disobedience of our ancestors did not bequeath guilt to humankind, and even linked to sexuality, but mortality and perishability. The physical and spiritual functions of human beings are perceived as an inseparable unity, and both can either distance them from God or put them at His service, that is, in communion with Him. The “flesh” is not identified with evil, nor is it extremely dangerous. It only becomes so when humans exclusively base their existence on it. Unbridled (and heterosexual) and unnatural (not only homosexual) sexual activity on the one hand, but also hypocrisy on the other, are (at least for St. Paul) examples of wrong human behavior.

Equally, in the Eastern Christian tradition, as Father John Meyendorff long ago argued, “human nature is not a static, closed, autonomous entity, but a dynamic reality. The human being is determined by his/her relationship with God” (Byzantine Theology, New York 1972, p. 2). Human nature, therefore, has not lost its dynamism after the fall, because by the grace of God it can be transformed. Indeed, the role of God’s grace is that it essentially provides human being with their “natural” substance (pp. 143 and 138). The subject of human sexuality is therefore directly related to Christian anthropology.

(b) A new, dynamic interpretation of biblical and patristic texts

At a theological level, the controversy over some of these issues took place with great emphasis on biblical references, mainly in the US and the UK due to their Protestant tradition. And because the main biblical references to the subject—which can be noted are proportionally minimal to zero in the rest of the biblical literature, including the teaching of the historical Jesus—come from the corpus Paulinum, upon which the ideological confrontation was based. For the issue of homosexuality, we now have many high level studies, irrespective of whether some are subject to specific ideological preconditions. Where there seems to be theological unanimity is the distinction between the homosexual act itself and human rights. (The silent ecclesiastical support of the Russian legislation and radical Islam are exceptions that confirm the rule).

There are also very interesting interpretive analyses and explanatory propositions of particular biblical passages, with the help of new hermeneutical methods: honor-dishonest/shameful => highlighting the subversive and radical—and certainly not conservative—character of the preaching of the historical Jesus and of the early Church.

By making an overall and as neutral as possible analysis, I recently suggested that St. Paul does not condemn homosexual inclination—which, on the basis of the latest scientific findings, has proven to be an inherent given not due to human choice—but to homosexual activity. But, in some way, as a misguided orientation of human behavior, it is associated with a denial of or hostile attitude towards God. Paul’s main arguments were (i) that homosexuality was the behavior of his idolatrous religious and social  environment, which worshiped ta ktismata para ton ktisanta; and (ii) it is therefore contrary to the divine order.

For this reason, I appealed for developing a clear and theologically substantiated view and a new interpretive approach, a new paradigm, based on: (i) the eschatological and ecclesiological identity of the Church, (ii) the early biblical (but also later Byzantine) strategy of “social integration,” and (iii) the philanthropic practice of the Orthodox canonical tradition.

(c) A prudent approach to scientific developments, if we want our Church to renew her witness dynamically in a philanthropic and loving manner in the public domain

The most unknown aspect of the scientifically formulated viewpoint is undoubtedly the sociological view of gender theory. The change today in the use of relative terminology (from sex to gender) is due to the extension of the concept of gender by sociologists to express different sexually oriented groups and behaviors. The conflict is exacerbated for ideological reasons on the basis of the Gramscian theory of cultural hegemony, which most often evolves into a confrontation. And this has led, on the one hand, the Christian opponents of any new theories to label those who subscribe to the new theories as victims of a systematic anti-Christian front; and on the other hand, the advocates of gender theory almost always try to impose their views on society, systematically targeting religious traditions. I am of the opinion that tackling the issue of gender identity theologically can only be achieved through anthropological reflection.

Metropolitan Kallistos (Ware) has long insisted on the importance of anthropology for the future of Orthodox theology. In order to formulate Orthodox anthropology beyond the widely accepted distinction between the (Apostolic) “T”radition and other local “t”raditions,” another important distinction is equally necessary: ​​that of the authentic— though latent—tradition, and tradition historically shaped as an ethos, albeit a majority in some cases. Many Fathers of the Church have argued that the divine image in the human being should be associated with the soul and not with the body, and even within the soul it is related to the power of self-knowledge and of speech. But there are many others—who may be a minority but a significant minority—who adopt a more holistic approach, asserting that the divine image includes not only the soul but the whole being, body, soul, and spirit together. In this way, they agree with the attitude expressed in the Fifth Ecumenical Council and the Creed.

In Greece very few serious Orthodox studies on the subject are available: Rev. Vassiliou Thermos’ Attraction and Passion: A Multidisciplinary Approach to Homosexuality (Athens 2016); my paper linked above, a first attempt—as neutral as possible—at an exclusively descriptive survey of the biblical data; and Athanasopoulou-Kypriou’s book mentioned above. We have all tried to contribute as much as possible—sometimes to the ears of non-listeners—to the formation of an overall, comprehensive, and complete theological view for an authentic, inclusive, and effective Christian witness, one which respects the collective entity of its long tradition which hardly exceeds any “limits.” Our goal was to help our Church one day to overcome the “limits” without injuring anyone, and without harming the authentic Church, to which we look with hope.

Rebellious? Surrendering? Compromising? Only time will tell, because only time has “limits.”

Petros Vassiliadis is professor emeritus of theology at the Aristotle University of Thessaloniki, where he taught New Testament, missiology, and interfaith dialogue. He holds a PhD from the Theological School of the University of Athens. He is a prolific author whose writings are listed on his Academia profile.

One thought on ““LIMITS” AND “GENDER IDENTITIES” by Petros Vassiliadis”