While Orthodoxy in Dialogue considers the notion that one can be “Orthodox in communion with Rome” to be ecclesiologically indefensible absent Rome’s return to Orthodoxy, we fully support open, fraternal dialogue on this topic and the underlying issues.

The following should be read in conjunction with Father Alexander Schmemann’s A Response to the Vatican II Decree on Eastern Churches of 1966 and Brian A. Butcher, Liam Farrer, and Kevin Basil Fritts’ dialogical Can You Be Orthodox in Communion with Rome? of January 2018. (The latter ranks #4 among all guest articles that Orthodoxy in Dialogue has published in our two years of activity.) 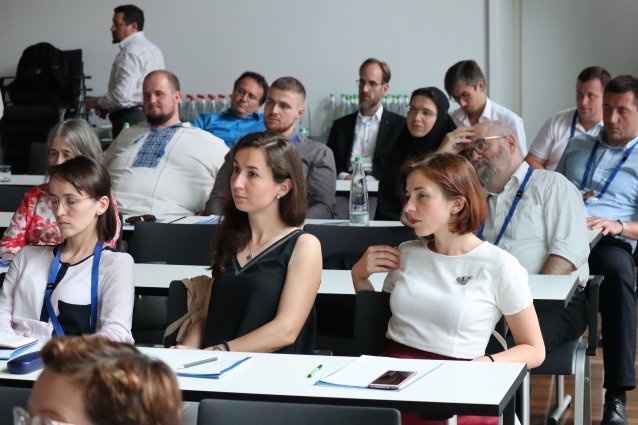 Christian unity has gained much through various bilateral dialogues. Indeed, today there is almost every possible combination of bilateral dialogue one could imagine. Yet, a rare exception and omission from the ecumenical table is the lack of dialogue between the Orthodox and the Catholic Eastern Churches (the so-called “Uniates”). Throughout their shared history, these two traditions have lived through a very complex and sometimes tense relationship—not only theologically, but also politically. In most cases these tense relationships remain to this day; indeed, some have increased in difficulty (e.g., in Ukraine).

One of the key stumbling blocks here concerns the widely differing perceptions of what Eastern Catholic Churches represent. Regardless of historical accuracy, many Orthodox refer to these churches as “stolen” (most of these churches did not emerge from so-called processes of “uniatism” or “proselytism”), while on the Catholic side they are seen as bridges to the Orthodox traditions (a perspective which, again, many Orthodox strongly reject).

The Academy of the Diocese of Rottenburg-Stuttgart, in cooperation with the Ecclesiological Investigations Research Network, decided to initiate much needed theological dialogue between these Churches by organizing the conference entitled Stolen Churches or Bridges to Orthodoxy? Impulses for Theological Dialogue Between Orthodox and Eastern Catholic Churches, which took place from 19-21 July 2019 in Stuttgart, Germany.

This event brought together official representatives of the two Christian traditions, as well as theologians from different contexts where tensions are greatest. This gathering was truly unique—the very first of its kind. Nothing quite like this has ever been tried before in bringing together Eastern Catholics and Orthodox Christians from such diverse backgrounds and in such an in-depth and sustained level of engagement. Nearly 90 delegates from 12 different countries were present, including official representatives of both these Christian Churches, as well as scholars (especially theologians and historians). These included a great many younger academics—the voices of tomorrow’s dialogical encounters. Collectively those present delved deeper into the question of what shapes and maintains differing ecclesiological perspectives. Partners in dialogue came to appreciate the sources of divisions and the sensitivities involved in helping to overcome ecclesial stand-offs of key historical moments as well as in recent decades.

The scholarly papers and presentations at the conference were of uniformly high quality, reflecting the efforts of their authors in preparing for these vital exchanges. The harmonious interactions throughout the duration of the conference both further demonstrated the fruits of those exchanges and in turn inspired still greater mutual engagement and understanding—often amidst laughter and merriment. The conference was characterized by a willingness to engage in dialogue, general openness to new ideas, and the opportunity to deal with problems and wounds that we have inherited from the past.

But conference participants also acknowledged the many similarities between the two Churches and ways to build new relationships. The respective liturgies from the differing traditions which took place during the conference were truly moving experiences and highlights for all present. In the Eastern Catholic liturgy, the Eucharistic prayer was recited by nine different priests, each in his own native language—nine differing mother tongues.

One of the key outcomes determined at the conference was to continue this vital dialogue in the future through further events that will provide additional opportunities for encounters between members of these Churches. In order to facilitate this, a formal group called the Orthodox-Eastern Catholic Dialogue Group was established and entrusted with carrying forward this pioneering work.

The next conference is being planned and will be held in Lviv, Ukraine in 2021.

A small photo gallery from the conference can be viewed at the website of the Orthodox-Eastern Catholic Dialogue Group.

Click here to learn how to provide legal and humanitarian assistance to the refugees and asylum seekers at the US-Mexico border.