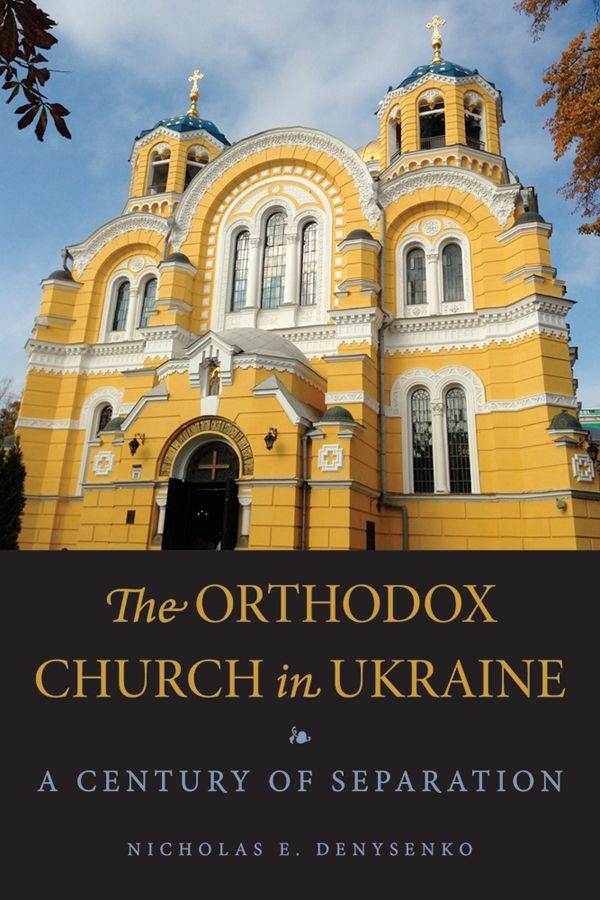 In 2018-19, Ukraine made the news again when President Petro Poroshenko announced that Patriarch Bartholomew of Constantinople would grant a tomos of autocephaly to the Orthodox Church in Ukraine. Poroshenko’s prediction came true, and the events of autocephaly introduced the world to a deep and embittered battle for authority and power over Ukraine’s Orthodox Church. As religious experts hastened to describe the geopolitical implications of autocephaly and theologians interpreted the scene as a battle between Constantinople and Moscow, numerous questions surfaced. Who has the authority to grant autocephaly in the Orthodox Church? Do Orthodox Ukrainians want to be separated from Moscow because of the war in Donbas? Why are the Orthodox churches in Ukraine divided, and who is to blame for the schism? Are radical Ukrainian nationalists responsible for the autocephaly movement?

My book, The Orthodox Church in Ukraine: A Century of Separation, presents and analyzes the complex history of the autocephalous movement in Ukraine from 1917 to 2016.  Based on extensive archival research, my study examines the dynamics of church and state that complicate attempts to restore an authentic Ukrainian religious identity in the contemporary Orthodox Churches. An enhanced understanding of these separate identities and how they were forged could prove to be an important tool for resolving contemporary religious differences and revising ecclesial policies.

Chapter 1 of my book covers the origins of the autocephalous movement from 1917 to 1930. This section shows how Orthodox Ukrainians originally sought to update church life by introducing Ukrainian-language services and reconsidering the role of the Church in post-tsarist Ukraine. The convocation of the 1918 All-Ukrainian Church Council, the controversies on language, autocephaly, and manipulation of conciliar delegates at that council, and the rejection of modern languages by both Moscow and Kyiv show how the Ukrainian schism originated. Here, I discuss how the bitter confrontation between Ukrainian autocephalists and the patriarchal exarchate in Ukraine led to the creation of the 1921 Ukrainian Autocephalous Orthodox Church (UAOC). I also show how the UAOC adopted radically innovative principles to make a complete break from the patriarchal Church, and how this conflict within the Church set the stage for the divisions that persist to this day. Chapter 1 concludes with the fate of both the patriarchal exarchate and the UAOC in Ukraine as Soviet persecution intensified through the 1920s.

Chapter 2 covers the Ukrainization movement in the Orthodox Church of Poland and in Ukrainian regions belonging to Poland and German-occupied Ukraine from 1924 to 1945. This section covers the significant activity of Ukrainian bishops and intellectuals in Poland, with special attention to the introduction of liturgical Ukrainization in Ukrainian-dominated eparchies. When Ukraine fell under German control in 1941, Orthodox bishops disagreed on the proper canonical path of the Church: the autonomists reverted to the status adopted, but never implemented, by the Moscow and Kyiv Councils of 1917-18, whereas the autocephalists interpreted the tomos of autocephaly granted by Constantinople to Poland in 1924 as authoritative. I cover the conflicts that ensued between autocephalists and autonomists in Ukraine, especially concerning liturgical Ukrainization and the procedure for receiving clergy of the 1921 UAOC into the Church.

Chapter 3 treats the activities of the Ukrainian Orthodox Churches in Canada and the United States. I demonstrate how Orthodox Ukrainians navigated their minority status in the pluralistic North American religious landscape, and how Ukrainians attempted to resolve questions about the canonical legitimacy by explaining how Archbishop John Theodorovich’s ordination was corrected in 1949. The chapter emphasizes the relationship cultivated by Canadian and American Ukrainians with the Ecumenical Patriarchate, and how the reception of both groups by Constantinople set the stage for the Ecumenical Patriarch to assert his authority in Ukraine in 2018-19.

Chapter 4 narrates the story of Orthodox church life in Ukraine during the Cold War. Much of this chapter shows how the Moscow Patriarchate attempted to assimilate Greek Catholics who were forced to join the Orthodox Church via the pseudo-Council of Lviv in 1946 by permitting modest Ukrainization. This chapter shares the research of Natalia Shlikhta, who demonstrates how Ukrainians were able to carefully maintain their identities and traditions during an era of close supervision and coercion. The chapter’s most substantial contribution is the clever creation of a meta-narrative by the Moscow Patriarchate that interprets the pseudo-Council of Lviv in 1946 as an act of liberating Orthodox Ukrainians from the tyranny of Polish Catholic proselytism and the temptation of neo-Nazi fascism. The narrative demonizes Ukrainians who rejected the Soviet regime and the Moscow Patriarchate as radical fascists, nationalists, Greek Catholics, and autocephalists constituting a united assembly that threatened the peacekeeping mission of the Soviet Union and the Moscow Patriarchate.

Chapter 5 covers Ukrainian Orthodoxy in the post-Soviet period, beginning with the triumphal return of the UAOC in 1989, and the eventual fragmentation of Orthodoxy into three distinct bodies as of 1992: the UAOC, the UOC-KP [Kyiv Patriarchate], and the UOC-MP [Moscow Patriarchate]. This chapter delivers a detailed presentation on the unique identities of the three Churches and offers multiple perspectives on the appeals for autocephaly by the UOC-MP in 1991-92, the creation of the UOC-KP in 1992, and the Kharkiv Council of May 1992 that inaugurated a new era in the UOC-MP. I illustrate the complex relations of church and state that cuts through the simplistic reductions published in the media today by discussing aspects of church-state relations from Black Tuesday in 1995, the Orange Revolution, the resurgence of Russian nationalism through the Russkii Mir initiative, and the role of the Maidan. An analysis of dialogues between the Churches and failed attempts for unification is also included.

I hope that this study will be of interest to historians of the church, specialists of former Soviet countries, and general readers interested in the history of the Orthodox Church.

The Orthodox Church in Ukraine: A Century of Separation can be purchased directly from the publisher or from Amazon.

See the Book Summaries and extenstive Ukraine sections in our Archives by Author.

Deacon Nicholas Denysenko is the Emil and Elfriede Jochum University Chair and Professor of Theology at Valparaiso University. He holds an MDiv from St. Vladimir’s Orthodox Theological Seminary and a PhD from the Catholic University of America. He is attached to Holy Trinity Cathedral (Orthodox Church in America) in Chicago IL.

Please consider becoming a Patron of Orthodoxy in Dialogue.

2 thoughts on “HOW DID WE GET HERE? THE STORY OF THE MOVEMENT FOR AUTOCEPHALY IN UKRAINIAN ORTHODOXY by Deacon Nicholas Denysenko”