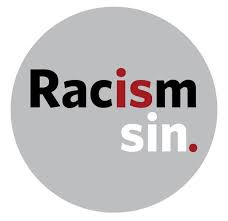 Several of our readers have brought to our attention a document posted online earlier today, February 27, entitled “A Statement Concerning the Sin of Racism.” This is the first and, as yet, only post for an apparently brand new blog called Orthodox Christian Clergy Against Racism. As of this writing, it has been signed by sixteen priests and one deacon from a number of jurisdictions.

The blog and its Statement raise some interesting questions and observations:

Until now Orthodoxy in Dialogue has refrained from naming names publicly. This does not mean that we do not have names. Rather it has been our hope to work respectfully with hierarchs and seminaries in encouraging them to respond to these very grave matters in a public and transparent fashion.

See White Supremacy and Racism in the upper part of our Archives by Author page for the full list of letters, articles, and editorials that we have published to date on this topic.