This excerpt from my MA thesis (pp. 19-23) marks the final instalment to be published for a while on Orthodoxy in Dialogue. The full text is available at the University of Toronto’s TSpace. 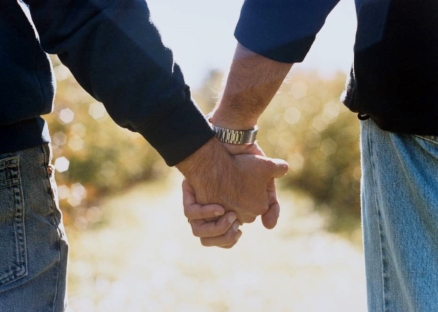 Elizabeth Moberly created a sensation at St. Vladimir’s Seminary in the late 1980s when, as a guest lecturer, she claimed a success rate so high in curing men of same-sex orientation through reparative therapy that it strained the limits of credibility even before a sympathetic audience. Universally discredited by the medical, psychiatric, and psychological professions both before and after, her theories on the pathology of same-sex orientation, if not its reparability through psychoanalysis, nevertheless went on to bear some influence on better known Orthodox writers, among them Thomas Hopko and Basil Zion.[1]

Moberly situates the aetiology of “the homosexual condition” in an early childhood deficit in the relationship with the parent of the same sex: “In this sense, the homosexual love-need is essentially a search for parenting.”[2] Here fissures began to appear in her argument at her St. Vladimir’s lecture: her unflinching insistence that—in every case—both of the male lovers seek a father, both of the female lovers a mother, even with an age difference of decades between the two, provoked glances of open disbelief around the auditorium. For her, the sexualization of same-sex love is inappropriate not because immoral, but because inadequate to the task of fulfilling a legitimate but unmet childhood need for same-sex parental love. She infantilizes same-sex oriented persons as “psychologically pre-adult even though they have attained adult years.”[3]

Thomas Hopko, late dean emeritus of St. Vladimir’s Seminary, naturally commands a wider readership than the little known Moberly. His 1980s “The Homosexual Christian,” posted on the OCA website since May 2012,[4] commends those who “identify the source of their sexual orientation in faults and failures in their family experiences, particularly in early childhood, and perhaps even before that, which contribute to their sexual makeup…. [T]he Orthodox Church identifies solidly with those Christians…who consider homosexual orientation as a disorder and disease, and who therefore consider homosexual actions as sinful and destructive.” Some twenty years later, he writes of “sexual desires for carnal relations with persons of one’s own sex…that have been produced in them by their biological, psychological, and cultural inheritance, and by the way they have been treated by others, particularly family members….”[5]

Basil Zion brings to our discussion a much greater breadth of scholarly engagement, nuance, and pastoral insight. His voice of moderation and his willingness to accept at face value the reality of same-sex experience serve as a bridge, whether intended by him or not, from an intransigent inability to acknowledge anything redeemable in same-sex desire to the possibility of a theology and spirituality of same-sex love.

Zion concedes the difficulty of discovering the precise meaning of some of the Hebrew and Greek nomenclature that refers to and censures one aspect or other of same-sex practice known to the biblical authors. He notes, for example:

…[W]e must admit that the positions taken vis-à-vis homosexual acts in the New Testament do not condemn homosexuality as such. […] What we find in the Bible is a condemnation of behavior which was a particular form of Greco-Roman decadence…. This does not involve a clear interdiction against all forms of homosexuality….[6]

His underscoring of the significance of the sociohistorical context of biblical and patristic texts, and his reluctance to extrapolate moral absolutes where textually none exist, suggest possibilities for a measured dialectical engagement between Orthodox thought and the postmodern attention to the social construction of sexuality and sexual deviance.

It may be that modern psychology and the awareness of cultural relativity have somewhat modified the negative moral judgments made by the Fathers on homosexual acts. That is something which we must investigate…if only because their understanding of homosexual acts apart from emotional orientation [emphasis mine] cannot be sustained in the light of modern clinical evidence.[7]

His resistance to adopting a facile posture on questions of sexual diversity presents a refreshing contrast to most other Orthodox commentators.

In the main, Zion accepts Moberly’s identification of same-sex orientation with a deficit in the formative period of the same-sex parent-child relationship.[8] Yet her work falls short:

From this we can infer Zion’s acknowledgment of same-sex orientation in minors and children, long before any kind of overt sexual activity has begun or even been visualized by the child.

The significance of recognizing the fact of childhood sexuality resides in its predication on the orientational nature of sexual orientation. This deliberate tautology serves to illustrate the principal flaw of most Orthodox discourse on same-sex orientation: its reduction to a list of inadmissible acts—from having sex to getting married to holding a parade—none of which has any applicability to the Orthodox child on the receiving end of thundering condemnations from our hierarchs or misplaced sympathy from a Moberly or a Hopko because he likes the boy or she likes the girl next door. Zion alone, of those surveyed here, tries to come to terms with the full import of the priority of orientation over acts, and with our inability to articulate a theological and pastoral response not doomed to fall on deaf ears. Thus he alone can affirm—if somewhat ambivalently with respect to an acceptable range of bodily expression—the need of Orthodox Christians of same-sex orientation to form not only friendships, but couples:

It is not an open option for an Orthodox Christian to accept homosexual activity of a genital variety as morally acceptable. Yet, on the other hand, if we accept the view that expression of affection by physical means is permitted, we cannot draw exact lines as to what may or may not be permitted [emphasis mine]. Gestures exist as a language of physical expression of meaning, and though genital activity may not be morally acceptable, the exchange of affection must be acceptable between homosexual persons. The eros of friendship [!] makes such gestures as holding hands or exchanging an embrace entirely good and moral…. Love is for the other as a unique person. The sexual project to which every person is called involves the transformation of libido into an eros which seeks the other as other, affirms the other as a friend, and ultimately calls for a self-sacrificing gift of oneself as it was revealed in the life of Jesus Christ. […] The struggle against possessiveness is a struggle whose ascetic nature will be self-evident to those who comprehend the intensity of desire.[10]

Here he presages the underlying principle of this entire thesis: the vocation of Orthodox same-sex couples—nowise different from that of opposite-sex couples—to labour co-ascetically for the transfiguration of natural desire for an impersonal body into holy eros for an embodied person.

Giacomo Sanfilippo is a PhD student in Theological Studies at Trinity College in the University of Toronto and an editor at Orthodoxy in Dialogue. He holds a BA in Sexuality Studies (2013) from York University, and is an alumnus of the Mark S. Bonham Centre for Sexual Diversity Studies at University College in the University of Toronto. Earlier in life he completed the course requirements for the MDiv at St. Vladimir’s Orthodox Theological Seminary, and was a priest of the Orthodox Church in America (OCA) from 1988 to 2002.

[1] Neither Hopko nor Zion was convinced of the effectiveness of Moberly’s reparative therapy.