This is the fourth article in our Reformation 500 Series. 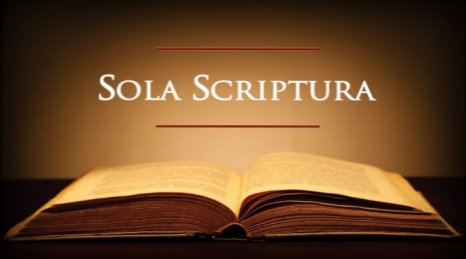 Being Pentecostal means that one is accustomed to explaining one’s confessional identity with some significant ands. I am a Protestant and an Evangelical and a Pentecostal and a member of the denomination known as The Foursquare Church. Despite the taxonomic complexity, reflecting on the Protestant Reformation leads me to some simple thanksgivings. In particular, I am grateful for the Reformation values of sola scriptura and ecclesia semper reformanda est.

Despite the intimations of many who are unsympathetic toward its value, sola scriptura does not mean that Scripture is the only authority for Protestants and Evangelicals in general and for Pentecostals in particular. Protestants affirm the historic orthodox creeds, and many Protestant denominations—including my Foursquare denomination— have creeds and statements of faith which govern doctrine and practice.

Instead, sola scriptura is the Protestant value which affirms that Scripture alone is the definitive authority for doctrine and practice. That is, the Bible is the highest authority over what concepts and teachings will be contained in creeds and statements of faith, and over what modes of Christian life and ministry should be embraced.

If sola scriptura were to entail that the Bible is the only source for teaching on theology and practice, then Protestants would be unable to have thoughts, attitudes, or active responses to some of the most important issues in the world today, including but not limited to drug trafficking, terrorism, fascism, and global warming. This would be absurd. Moreover, most Protestants attempt to incorporate historical theology, experience, natural theology, and reason into what they believe and how they behave.

That said, sola scriptura opens the door for Pentecostal theology and praxis, especially in Western contexts where belief in the miraculous has been in retreat since David Hume.

Consider the events of Pentecost and those that follow in the Book of Acts. The disciples’ experience of wind, tongues of fire, and speaking in other languages is followed by the conversion of thousands (2:1-41). This is followed by the healing of the beggar at the gate called Beautiful (3:1-10), bold preaching of the message about Jesus by Peter, who had previously denied Him (3:11-4:22), and radical generosity among Jesus’ earliest followers (4:32-37). Powerful events like these make up much of the rest of the Acts narrative. A robust value of sola scriptura has led many Protestants to consider that Acts may be illustrative of the miraculous possibilities for the people of God today. This is the interpretive conclusion offered about Acts by Gordon D. Fee and Douglas Stuart in their book How to Read the Bible for All Its Worth:

It seems probable that we are to view this triumphant, joyful, forward-moving expansion of the gospel into the Gentile world, empowered by the Holy Spirit and resulting in changed lives and local communities, as God’s intent for the continuing church. (114)

Various churches and ecclesial authorities commend (often with good reason) various practices and beliefs. However, in a world that is suspicious of the miraculous, sola scriptura is a gift to the people of God, reminding them that God’s actions in Scripture—and not simply the current beliefs and practices of one’s ecclesial body—are the paradigm for what we may reasonably expect God to do today.

Being Pentecostal means contending with restorationist visions of Christianity where self-proclaimed reformers pronounce judgment on mainline Christian churches, and look to return to an idealized model of a unified early church embodied in Acts and in the rest of the New Testament. (A careful reading of Acts reminds us that the earliest Christians still had their disputes [see Acts 15].)  Balancing the tendency to look for an idealized church, the Reformation reminds us that the church must continually struggle to be the best version of herself while not giving in to endless schism.

On the positive side, the Reformation reminds Christians that integrity to the message and ways of Jesus must always motivate us to continue to reform. Fidelity to Jesus and His message must supersede all other allegiances. This is why Jesus says, “If anyone comes to me and does not hate father and mother, wife and children, brothers and sisters—yes, even their own life—such a person cannot be my disciple” (Lk 14:26, NIV).  Until Christ returns and our sanctification is complete, the Christian churches will always need to repent and reform in light of God’s conviction of our sin through the witness of the Holy Spirit.

Negatively, the Reformation reminds Christians that schism has great cost.  The religious wars of the 16th and 17th centuries, the denominational missionary conflicts of the 19th and 20th centuries, and the state of division in the church today serves as a warning against the human tendency toward schism and as an impetus for reconciliation whenever possible. At Angelus Temple, the church in which Sister Aimee Semple McPherson of the Foursquare Church ministered in Los Angeles, the cornerstone reads, “Dedicated unto the cause of interdenominational and worldwide evangelism.”

Perhaps one way to live out the Reformation value of ecclesia semper reformanda is to resist the urge to divide. Perhaps the best way for the church to embrace God’s mission in the 21st century is to find substantial ways to unite.

May God’s church be ever reforming and reconciling for the glory of God among the nations.

Andrew I. Shepardson is an adjunct professor of philosophy and religious studies at Life Pacific College in Christianburg, Virginia and The King’s University in Southlake, Texas, and a PhD candidate in Theological Studies at Trinity College in the University of Toronto. His doctoral thesis focuses on natural theology and postmodernism. He is an ordained minister in the Foursquare Church.

One thought on “REFORMATION 500: THE REFORMATION’S LEGACY FOR PENTECOSTAL PROTESTANTS by Andrew I. Shepardson”