The Transfiguration of the Saviour

That there exists in God a real distinction between His essence and His energies, theologians assure us, is an irreformable dogma of the Orthodox Church. If so, it is a curious dogma, originating in a question that most ordinary believers today would find arcane and probably irrelevant to their lives: Is the light experienced by those who practice the hesychastic method created or uncreated? In this short article I raise four questions that urgently need to be addressed by Orthodox theologians and scholars.

1). How is dogma established in the Orthodox Church?

The distinction between the divine essence and the divine energies was asserted in the 14th century by a series of local synods, the two most important being the 1341 and 1351 Synods of Constantinople. Their Tomes were subsequently received as expressing authentic Orthodox doctrine; but precisely what level of authority do they enjoy? The question is not easily answered. Some claim that they possess an infallible authority equivalent to that of the 1st-millennium Ecumenical Councils. These individuals even name the hesychastic synods collectively as the Ninth Ecumenical Council—but this is private opinion, lacking consensual and conciliar support. The 2016 Holy and Great Council describes them as possessing “universal authority,” along with several other 2nd-millennium synods, but given the refusal of several Churches to attend the Council, the authority of Crete remains a matter of dispute.

2). How are dogmatic statements properly interpreted within Orthodoxy?

This question is pressing, and has hardly been addressed by modern Orthodox theologians. The significance of a dogmatic definition is not self-evident, as evinced by the history of doctrine within the Church. The Council of Ephesus needed to be clarified by the Council of Chalcedon, which in turn needed to be clarified by the Second Council of Constantinople. Dogmatic definitions are promulgated within the conditions and limitations of history, and therefore must be interpreted within the whole of the Orthodox faith.

It is sometimes asserted by theologians that the Orthodox Church has fully embraced the assertion of a real, or ontological, distinction within God between the divine essence and the divine energies, as opposed to either a formal or notional distinction (e.g., Kallistos Ware and David Bradshaw); but this assumption is not borne out by a close reading of the 1351 Synodal Tome or by subsequent Orthodox reflection. The precise nature of the distinction continued to be debated right up to the Turkish conquest. In the 15th century St Gennadios Scholarios appears to have arrived at a position eerily similar to that of Duns Scotus. “Palamas Transformed” by John Demetracopoulos is essential reading here. Deeper metaphysical, theological, and historical analysis is needed. Orthodox theology did not stop in 1351. 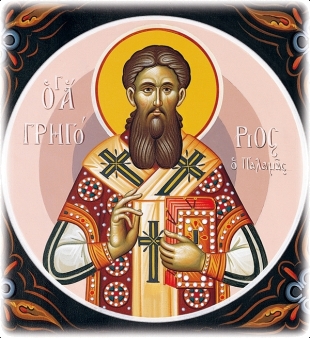 3). What is the theological import of the Palamite distinction?

On the assumption that dogmas are best read apophatically, the distinction between the divine essence and energies may, I tentatively suggest, be understood as affirming the maximal creaturely participation in the divine life of the Father, and of the Son, and of the Holy Spirit, while at the same time denying apotheosis into new hypostases of the Godhead. In Jesus Christ we are incorporated into the Trinity, but we do not become constitutive Persons of the Trinity: we do not become the transcendent and ineffable Deity. This minimalist description may be deemed inadequate by the Neo-Palamite school, but I believe that it is consonant with early patristic teaching. As Rowan Williams observes, for the early Fathers theosis was fundamentally sacramental, moral, personal, relational, signifying the enjoyment of “the divine relation of Son to Father, sharing the divine life” (The Wound of Knowledge, p. 59).

Does such participation in the Godhead require an ontological distinction between the divine essence and energies? Might there be other ways, perhaps even more helpful ways, to speak of the deification of humanity in Christ? St. Athanasius, the Cappadocians, and St. Cyril of Alexandria boldly affirmed theosis, without availing themselves of the distinction (see Norman Russell, The Doctrine of Deification; Alexis Torrance, “Precedents for Palamas’ Essence-Energies Theology”)—likewise Sergius Bulgakov in the first half of the 20th century. More recently, Metropolitan John (Zizioulas) has proposed a personalist construal of theosis that avoids the conceptuality of essence and energies.

4). Should the Palamite distinction be preached?

Speaking solely as pastor, my answer is a firm no. Deification in Christ most certainly should be preached, and frequently, but I see few reasons why the preacher should ever move beyond the primary language of Scripture and liturgy when speaking of theosis. Union with Christ, filial adoption, regeneration in the Spirit, indwelling the Trinity—these images, and many others, are sufficient for our homiletical and catechetical purposes, as classically confirmed by St. Nicholas Cabasilas’ The Life in Christ. The specific concerns that animated the hesychastic controversy are alien to our congregations. Perhaps some believers pray to see the Light of Tabor, but most do not expect to receive this gift in this life, not because they are Barlaamites but because they are not monks. The parish is not Mount Athos. We partake of the Holy Mysteries, we say our prayers and make our confessions, we grow in the life of the Spirit. The Lord is pleased.

I am particularly concerned about the depersonalization of theosis which the language of energies inevitably seems to generate. Grace becomes something other than the one God personally bestowing Himself in the living fullness of His trinitarian reality, a power akin to electricity or the force of the Jedi. This is not the intent of the doctrine, yet the danger is real. Just visit any Orthodox forum on the internet.

Contrast the more biblical and patristic statement by Zizioulas: “Theosis is not simply a matter of participating in God’s glory and other natural qualities, common to all three Persons of the Trinity; it is also, or rather above all, our recognition and acceptance by the Father as His sons by grace, in and through our incorporation into His Only-Begotten Son by nature” (Communion and Otherness, p. 31, n. 51).

The Palamite distinction between the divine essence and energies undoubtedly served the indispensable service of protecting the doctrine of theosis within the framework of 14th-century Byzantine theology. But is it an adequate formulation for today?

Father Aidan Kimel is a retired priest of the Western Rite of the Russian Orthodox Church outside Russia. He holds an MDiv from Nashotah House Theological Seminary in Wisconsin. He has been published by Anglican Theological Review, Scottish Journal of Theology, Interpretation, and Pro Ecclesia. He blogs regularly at Eclectic Orthodoxy.

This essay expresses solely the author’s views. In publishing this valuable contribution to an important topic Orthodoxy in Dialogue implies neither its agreement nor disagreement with its position.

2 thoughts on “THEOSIS AND THE PALAMITE DISTINCTION: QUESTIONS AND CONCERNS by Priest Aidan Kimel”