The following letter was emailed to the Greek Orthodox Patriarchate of Antioch on January 18, 2020, with copies to Metropolitan Joseph of the Antiochian Orthodox Christian Archdiocese, all his suffragan bishops, Father Thomas Zain, Father Nicholas Belcher, several other staff members in Englewood, and Father Josiah Trenham.

The deafening silence from the Patriarchate and the Archdiocese compels us to share this letter publicly. Tomorrow we will share our Last & Final Email of January 29 to the individuals named above.

For context see the Josiah Trenham: The Scandal section in our Archives 2020. 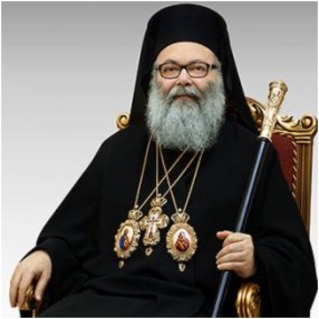 I am writing as editor of Orthodoxy in Dialogue, perhaps the Orthodox world’s most widely read internet forum for the discussion of important questions pertaining to contemporary Orthodox Christianity. It is my humble plea that you will give your prayerful attention to the following matter and deem it sufficiently urgent to intervene directly.

He has done this through his writings, videos, and audio recordings available on the internet, his public speeches, his pastoring—his former parishioners describe leaving his parish as an escape—and his desecration of our Church’s liturgical tradition to express his political views.

For his participation in the annual conference of an international organization designated as a hate group by the Southern Poverty Law Center—during which conference he approvingly cited the murder of LGBTQ people under Sharia law—Father Trenham has been profiled by the Center’s Hatewatch Staff.

Metropolitan Joseph’s unwillingness or inability to correct Father Trenham’s anti-Orthodox teachings and actions, order the removal of his written, video, and audio content from the internet, and demand from him a public retraction and apology, has made the scandal that much worse. This situation has generated more attention from Orthodoxy in Dialogue’s global audience than almost any other topic.

On January 12 Orthodoxy in Dialogue published An Open Letter to Metropolitan Joseph by a clergyman of the Archdiocese who begs the Metropolitan to take action. At the end of the week, having heard nothing, we followed up with On Josiah Trenham: Why the Deafening Silence from Metropolitan Joseph?

To get a full picture of the situation, it will be important to read not only those two pieces, but also all of the links contained in both of them. Among those links, The “Morality” of the Antiochian Orthodox Christian Archdiocese? stands out as perhaps one of the most important.

It is my understanding that clergy and lay members of the Archdiocese have voiced their objections privately to Metropolitan Joseph over many years, but to no avail. Because of his inaction, the matter has now exploded into the public forum, as it was inevitably bound to do.

Pray for me, Your Beatitude, as I most assuredly do in my unworthiness for you and your holy patriarchal ministry.

In Jesus Christ our Lord, God, and Saviour,

Readers wishing to convey their thoughts to the Patriarchate and to the hierarchy of the AOCA may do so as follows:

Click Here to Become a Monthly, Occasional, or One-Time Supporter of Orthodoxy in Dialogue!

2 thoughts on “ON JOSIAH TRENHAM: OPEN LETTER TO PATRIARCH JOHN OF ANTIOCH”