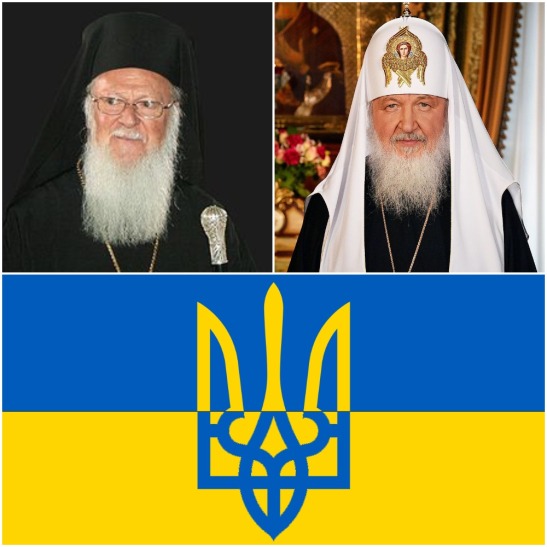 The Communications Service of the Department of External Church Relations (DECR) of the Moscow Patriarchate has confirmed the announcement that such a meeting is scheduled for August 31 in Istanbul, Turkey, where the residence of the Ecumenical Patriarch is located, Radio Liberty reports.

In this case, in the message, Patriarch Bartholomew is not referred to as Ecumenical, but his other traditional title, Patriarch of Constantinople. The title “of Constantinople” designates the patriarch as a head of one of almost one and a half dozen mutually recognized, “canonical” local Orthodox Churches, the Church of Constantinople, while the title “Ecumenical” — omitted by Moscow — points to his traditional “first-in-honor” status in the Orthodox world and his special powers, including the provision of autocephaly (self-government) to new local Orthodox Churches.

No details of the forthcoming meeting are given, only an account of previous meetings of the two patriarchs, the last of which took place in January 2016.

In an interview with Interfax-Religion, a Russian news agency, Deputy Speaker of the DECR, Mykola Balashov abstained from reporting on the topic of the meeting and only stated that its “agenda is being developed”.

On the previous day, on August 4th, a hierarch of the Ukrainian Orthodox Church of the Kyiv Patriarchate, Archbishop Yevstratiy (Zoria) of Chernihiv and Kyiv reported —- referring to the Greek Orthodox media — that during the meeting of the two Patriarchs in late August, a Ukrainian issue will be discussed. “Obviously, the goal of Patriarch Kirill’s visit to Istanbul is either to convince the Ecumenical Patriarch out of making decisions on the ‘Ukrainian issue,’ or at least to achieve their postponement,” he added.

The above-mentioned Greek publication of August 3rd said that the meeting — in which the Russian side expressed interest — would “focus on the hottest issue of the Ukrainian autocephaly.”

A brief report mentions the complicated relationship between the two Patriarchates because of events in Ukraine and added that the result of the meeting of the Patriarchs is difficult to predict.

In July, Patriarch Bartholomew I issued a statement saying that the ultimate goal of the Ecumenical Patriarchate is to grant autocephaly to the Ukrainian Church.

This report appeared on August 7, 2018 on RISU, the Religious Information Service of Ukraine.

A blessed Dormition Fast to our brothers and sisters around the world.

One thought on “PATRIARCHS OF CONSTANTINOPLE AND MOSCOW TO MEET THIS MONTH, DISCUSS UKRAINIAN SITUATION”