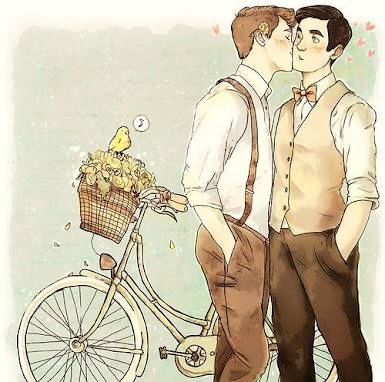 The two incidents related below took place thirty years apart, the first in 1986 and the second in 2016. Both involved highly respected senior priests, one in the Orthodox Church in America and the other in the Greek Orthodox Archdiocese of America.

I completed the course requirements for the MDiv at St. Vladimir’s Orthodox Theological Seminary between 1986 and 1989.

In class during my first year, one of the seminary’s most esteemed professors recalled an incident that took place during a previous parish assignment. A young male couple came to his church office seeking counseling for their troubled relationship. “Get out!” he shouted at them.

He laughed heartily as he recounted the story. Most of the class laughed with him. I didn’t.

At the time, I was married with three kids. I did not believe that there was a place in the Church for same-sex couples. Yet I was appalled by the priest’s callous disregard for the humanity of a young gay couple, the reality of their love for each other, their sincere appeal for help from a man of God.

More than 30 years later I am still haunted by the emotional and spiritual trauma that this trusting young couple must have suffered at the hands of this priest.

In early 2016 I had lunch with a priest of the Greek Orthodox Archdiocese. Partly we discussed my MA thesis, “A Bed Undefiled: Foundations for an Orthodox Theology and Spirituality of Same-Sex Love” (here).

He had spent his entire priesthood of 25+ years in the same large parish. The babies that he had baptized early in his ministry were now coming to him to get married.

But some of them were coming to him to “come out.” These were young men who had been his altar boys since knee high to a grasshopper, young women who had gathered as little girls for the parish’s annual children’s retreat, young men and women whom he had nurtured spiritually—and loved as their own father—from the day they were born until their adulthood. Some of them were already in a relationship; others were hoping one day to find a loving same-sex partner.

Father’s face was etched in sorrow as he told me his story.

“What do you say to them?” I asked gently.

“I tell them that, officially, the Church says, ‘Get out.'”

“Do you feel good when you tell them that?” I asked, still gently.

The person who told me this story vouches that it’s true:

A young Greek-American man finally worked up the courage to come out to his deeply pious, widowed, black-garbed grandmother.

“Yiayia, I’m gay.” He could barely say the word.

Her eyes narrowed. “Do you have a boyfriend?”

“Yes, I do.” He wanted the earth to open up beneath him.

“Why haven’t you brought him over for Sunday dinner?”

Giacomo Sanfilippo is a PhD student in Theological Studies at Trinity College in the University of Toronto and an editor at Orthodoxy in Dialogue. His “Father Pavel Florensky and the Sacrament of Love“ appears in the current issue of The Wheel.