The dialogue that we envisioned in creating Orthodoxy in Dialogue so many months ago engages not only with fellow Orthodox and fellow Christians as our partners, but also with the social, political, and cultural moment in which we live. As we wrote in our maiden article, “The State of Orthodox Theology Today” (August 22, 2017):

We at Orthodoxy in Dialogue would like to present a forum in which there are no taboo subjects, no political correctness that creates defining lines of territory, no cultural barriers misrepresented as Holy Tradition. In this new blog we would like to explore Orthodox theology as it actually is today, its consequences, and where it is going.

The editors have decided to run this unusual article solely to generate discussion. We cannot suppose naively that Orthodox couples in the early 21st century, or Orthodox singles anticipating marriage in their future, remain somehow insulated and immune from the questions addressed below.

As always, we welcome thoughtful, well written responses, whether in the form of an article or a letter to the editors, to anything that we publish. 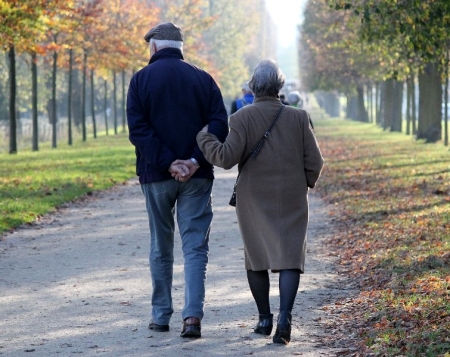 Most people consider whether or not to have kids based on lifestyle factors such as career goals, finances, and leisure time, but there’s another group of folks who are doing so primarily for environmental reasons.

This past summer, Time Magazine published a cover story (link is external) about the childfree life that discussed why people decide to not have kids. Author Lauren Sandler wrote that the birthrate in the US is the lowest in recorded history and that the fertility rate actually dropped by 9 percent between 2007 and 2011. She cites cost ($234,900 to raise a child born in 2011 for a family earning less than $100,000 per year) as a major factor in this decline. Careers are also impacted, especially for women, who may lose out on as much as a million dollars because of lost promotions and other missed opportunities in the workplace that result from taking time off to raise kids.

Sandler also points to the sense of freedom that comes from being childfree. Childfree adults have an abundance of time to spend with friends and family, at their jobs, and on their own leisure activities and self-care.

But there’s a third factor that Sandler neglected to discuss in her popular article—the green angle. Lisa Hymas, writer for Grist.org, wrote about this in a follow-up to the Time story. Hymas points out that the global population is now at 7.1 billion and is projected to reach 9.6 billion by 2050. That’s a lot of people stressing an already exhausted earth. She cites a Global Environmental Change study (link is external) that boldly discusses the impact of each child on the earth.

The bottom line from this research is that all of the environmentally conscious deeds a person may do—recycling, riding the bus, etc.—pale in comparison to not having a child. As Hymas states, “The climate impact of having one fewer child in America is almost 20 times greater than the impact of adopting a series of eco-friendly practices for your entire lifetime.”

Hymas is in the lead in her willingness to boldly address this controversial issue and to encourage potential parents to consider the future of the earth when contemplating their own future. Bringing these issues to the forefront may lead them to forego having a child or to adopt instead.

Would you choose to not have kids primarily for the good of the environment? And if you wanted to be a parent, would you choose adoption for this same reason?

This article appeared on March 9, 2014 on Psychology Today.

Ellen Walker holds a PhD in Clinical Psychology from Seattle Pacific University. She has a clinical practice in Bellingham WA.

One thought on “WOULD YOU HELP SAVE THE EARTH BY BEING CHILDFREE? by Ellen Walker”